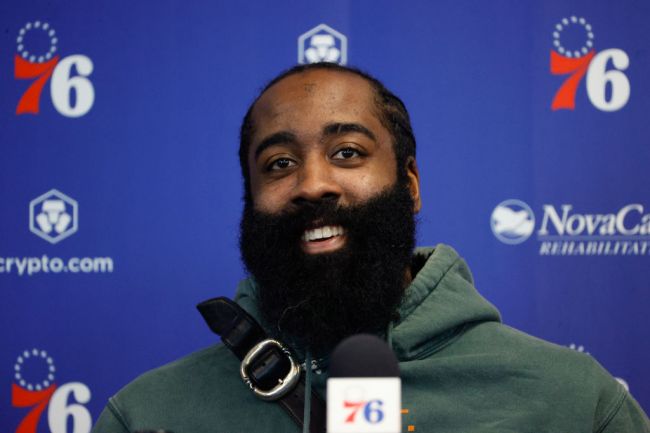 James Harden made his first public appearance as a member of the Philadelphia 76ers today. His first press conference was filled with him saying nice things about the 6ers and making promises about his future with the team that I’m sure we all believe.

However, there was one comment Harden made that was quite a surprise to much of the basketball world. Today, he told reporters at his press conference that he actually wanted to be traded to the Philadelphia 76ers last season instead of the Brooklyn Nets.

It’s a statement that is pretty difficult to believe. Harden seemed pretty happy to become part of a “Big 3” in Brooklyn with Kyrie Irving and Kevin Durant last season. It would also make sense that he’d have been targeting that move after he had previously made it to the NBA Finals with Durant in Oklahoma City.

The move also put him in a major market and immediately made the Nets one of the favorites to win the NBA title. However, that apparently wasn’t enough to make them his preferred destination.

It would seem he instead wanted to be dealt to the Philadelphia 76ers. The move would have still landed him in a major market. However, depending on what the 6ers would have had to give up, it might not have put him in as good of a situation competitively.

Based off of this latest comments from Harden, it seems his time in Brooklyn was never built to last. I’m sure all of this has been very comforting for Philadelphia 76ers fans who just watched their team sink their future into a guy who has no trouble turning on his team.