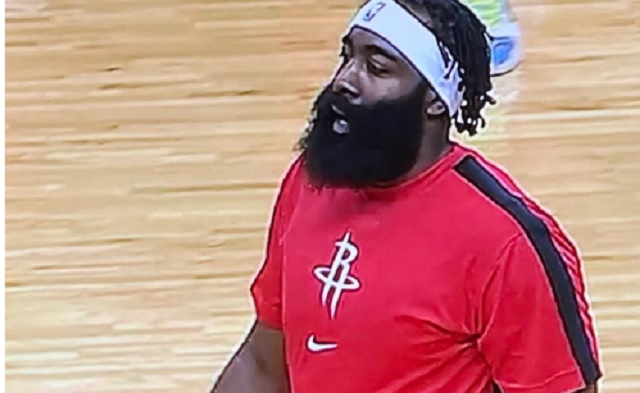 According to ESPN’s Adrian Wojnarowski, Harden has continued expressed his desire to be traded by the team even after they acquired his friend John Wall last week.

The arrival of John Wall has left All-NBA guard James Harden unmoved and uninterested in pursuing a new partnership, and the franchise star continues to push the Houston Rockets for a trade, sources told ESPN.

This isn’t personal with Wall, and as one source told ESPN, there’s “no change” in Harden’s desire for a fresh start elsewhere.

After detouring to social engagements in Atlanta and Las Vegas before reporting late for training camp last week, Harden — a league MVP and three-time NBA scoring champion — has expressed to Rockets ownership and management his intention to be professional and engaged upon joining the team, sources said

Harden finally made his first team appearance on Tuesday during the Rockets preseason game and he was looking a bit hefty.

Who is this? Wrong answers only. pic.twitter.com/qa66dXgYY1

Fans immediately compared Harden to Eddie Lacy, who had gained a bunch of weight late in his football career.