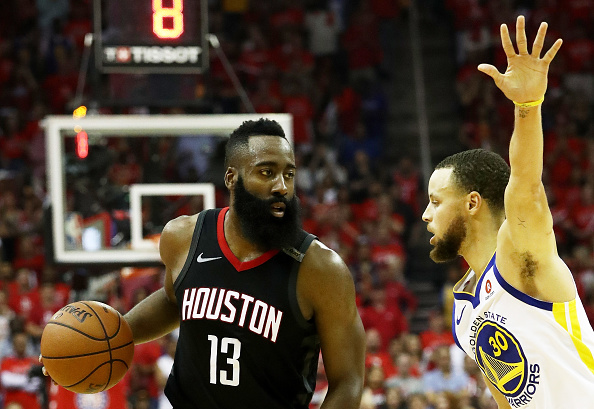 James Harden might be in a bit of trouble. According to TMZ, the NBA’s reigning MVP was angry that a woman was filming his entourage getting in a fight outside of at a Scottsdale nightclub. Harden allegedly went on to grab the woman by the wrist, threw her phone on the roof and then offered her money so that she wouldn’t sell the footage to TMZ.

HO
TMZ Sports has learned … James Harden has been named in a police report filed by a woman who claims she was roughed up by the NBA star at a Scottsdale nightclub — and she has video.

The woman claims she was partying at Mint nightclub on Saturday morning when she claims a member of Harden’s entourage got involved in a fight — and when James noticed she was recording, he grabbed her wrist and snatched her phone before throwing it on the roof so she couldn’t sell the footage to TMZ.

She says at some point Harden noticed she was videotaping the action and demanded that she delete what was recorded. She says Harden said he knew her endgame was to sell the vid to TMZ.

Unfortunately for Harden, the woman climbed to the roof, got her phone and sold the footage to TMZ anyways.

We’re told security personnel eventually broke up the fight. When things settled down she climbed up on the roof and retrieved her phone, which was still recording. The woman later went to the hospital where she was treated for a wrist injury.

Here’s the footage in question that was taken by the woman.

TMZ is currently reportING that Harden is named in the report but hasn’t been named a suspect as of yet.