Ja’Wuan James Calls Out The NFLPA After Season-Ending Injury, Is Set To Lose Over $10 Million By Following Their Advice 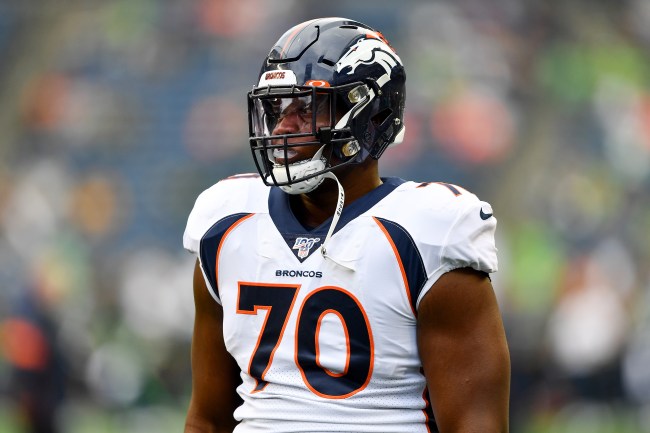 The NFL Players Association has been advising players not to participate in voluntary offseason workouts at team facilities due to Coronavirus concerns. Unfortunately, Broncos offensive tackle Ja’Wuan James suffered a torn Achilles tendon away from the team facility and is now set to lose over $10 million in guaranteed salary.

On Friday, James was placed on the non-football injury list and by league rule, the Broncos are not contractually obligated to pay him due to the fact that the injury occurred away from team supervision outside of an NFL facility.

The #Broncos released RT Ja'Wuan James today after he was placed on the non-football injury list with the intention to not pay him the $10M+ he was due in salary because he was injured away from the the facility. Expect James’ camp to fight it.

Not only are the Broncos not going to pay the $9.85 million they would have owed James but they also reportedly plan to go after his $3 million signing bonus.

#Broncos do not plan to pay James the $9.85 million he was scheduled to make this season. They also are not expected to try and claw back $3 million of his signing bonus. As @AndrewBrandt, there will be lawyers. Expect James/NFLPA to file grievance. #Denver7 https://t.co/TRXa97VmFF

The Broncos could have paid James any amount from nothing up to his $12M salary. It appears they chose $0.
Question to ask: even if off campus, was he hurt while doing team-prescribed workouts?
And what exactly did the union tell him about the consequences of their advice?

James took to Twitter to call out the NFLPA to have his back after advising him to train away from the team facility before his injury.

@NFLPA if your gonna advise all of us we need you to have our backs on the other end of this. https://t.co/TCwxSJqfms

According to NFL insider Benjamin Allbright, NFL players are angry at the players union for not having a plan in place if a player got injured away from the team facility.

From multiple different conversations, players around the league have had their eye on Broncos situation.

Expect a lot of players to return to working on-site at team facilities until NFLPA has a plan for off-site injuries.

Players are angry. Most knew, some didn't. More angry that PA asked them to do this with no plan in place. https://t.co/7qwj7sMrF0