One Of The Changes Jay Bilas Wants To See In College Basketball Is Coaches Leaving Refs Alone, Claims It ‘Affects Public Perception’ 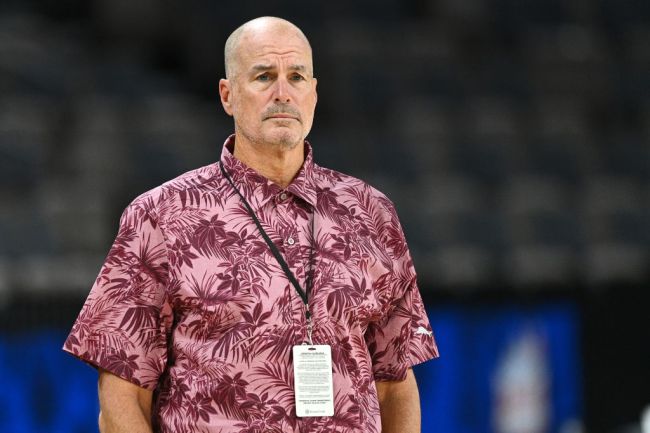 Two days before one of the most anticipated NCAA Tournament matchups ever between Duke and North Carolina, ESPN’s Jay Bilas thought this would be a good time to point out the flaws in college hoops.

Bilas’ very lengthy column on the state of men’s college basketball begins with him taking a bit of a shot at the NCAA. He calls out the NCAA president mocking him as a “leader” of “the opaque bureaucracy that claims to be in charge of college sports.”

The vast majority of college sports fans have been, and continue to be, fed up with the NCAA so it’s easy to agree with Bilas’ negative comments toward the ‘governing body.’

But then, later in the column, he writes about “what rule changes must be considered” and this is where he likely loses some folks.

While he makes plenty of agreeable points – like advancing the ball to midcourt late in games and fixing the charge/block rule – one point he makes stands out above the rest.

According to Bilas, there needs to be better “bench decorum” from coaches when addressing officials during games.

“Coaches are not going to like this one,” Bilas writes. “While interaction with officials should not be discouraged, the behavior of coaches toward officials needs to change.”

“What is allowed by officials on the college level would never be allowed in the NBA. Coaches should coach their teams and leave officials alone.”

“It needs to stop because it is a bad look and affects public perception,” he later continues.

You don’t have to be a diehard basketball fan that watches 100 games a year to know officiating at the college level is extremely inconsistent. Refs are constantly inserting themselves into the action far too often.

You’ll watch one game where officials are letting players get away with every cheap foul imaginable, then the next game, or perhaps after halftime of that same game, they’ll call every ticky-tack foul.

Coaches are human and see the same thing fans are seeing on TV, they’re going to react to what they think are ridiculous calls or non-calls from officials.

Also, refs still carry whistles and are allowed to hand out technicals to coaches and players. It sounds like a pretty easy fix to me.