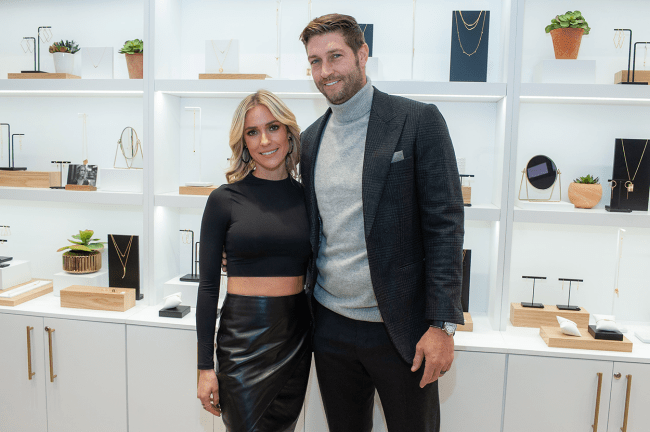 Jay Cutler is taking the high road and it’s winning him a lot of points in the eyes of the public. The 39-year-old former NFL quarterback has decided that he is not going to talk poorly about his ex-wife, even after her most recent comments about their marriage.

During an appearance on the ‘Call Her Daddy’ podcast earlier this month, Kristin Cavallari was talking about her divorce from Cutler, once again. She did not hold back, once again.

This time, Cavallari said that there were red flags that caused her to call off their engagement in 2013. She said that those same red flags were the reason that she and Cutler ended up splitting up after seven years being married.

“Basically I called off the engagement [for] the same reason I got a divorce. And so I guess if there’s any takeaway from that, you can’t ignore red flags,” Cavallari said. “People don’t change, and you’ve got to trust your gut.”

If that wasn’t enough to get her point across, Cavallari added that there was not one specific moment or incident that led to the divorce. Instead, she used the word “toxic” to describe their entire time together.

When asked about his ex-wife’s comments on the ‘Sofia with an F’ podcast, Cutler chose not to bash Cavallari or their relationship. He doesn’t understand why she is saying these things in the public eye and would prefer that the these conversations were had internally.

Jay Cutler refused to say anything negative about Kristin Cavallari and expressed confusion about all of the drama.

He also made it very clear that he is going to let her talk her talk, but that he is not going to do the same and called the drama “comical.”

“I’ve kind of steered clear of all of that,” Cutler said. “If she wants to say stuff, she can say stuff. I’m not going to go down that road about her. I mean, she’s still the mother of my kids.”

While Cavallari is free to do what she will, as is Cutler. And it’s hard not to appreciate his unwillingness to speak ill of the mother of his children. Point Cutler.