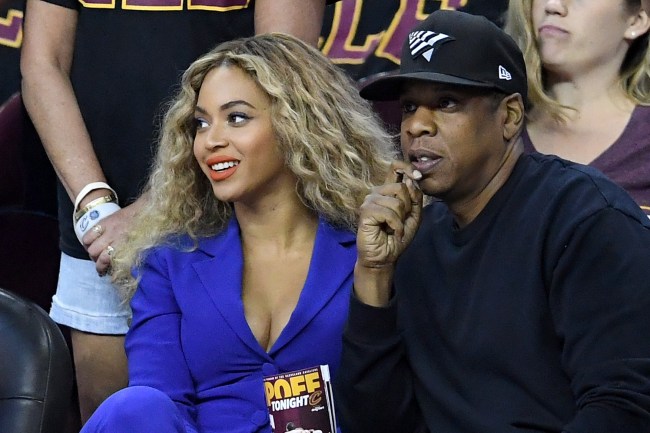 Jay-Z and Beyonce made their way to Miami on Sunday to be at Super Bowl LIV to watch the Kansas City Chiefs take on take on the San Francisco 49ers.

During Demi Lovato’s rendition of the national anthem both Jay-Z and Beyonce were seen sitting which drew the ire of several fans.

WATCH: While thousands of proud Americans stood in-allegiance for the National Anthem, Jay-Z and Beyonce sat in silence.

America has no place for unpatriotic scum like these two.

Kick them and Colin Kaepernick right down to Mexico!#fixit pic.twitter.com/4JlEAKhd4i

It’s interesting to note that when Jay-Z signed his deal with the NFL he claimed that he didn’t agree with Kaepernick’s protest anymore.

“I think we’ve moved past kneeling and I think it’s time to go into actionable items,

It’s unclear whether Jay was protesting the anthem or just didn’t feel like standing but conservatives are not happy with him.

Beyonce and Jay-Z are a DISGRACE!pic.twitter.com/kLtstX5QVM

Listen Up Beyonce and Jay-Z!!

You don’t think it’s necessary to stand for our Anthem and our Flag!?

Countless lives have been lost defending that Flag so people like YOU can attend events like the Super Bowl in peace.

You should be EMBARRASSED for yourselves. What a disgrace.

Two pieces of trash. Beyonce and Jay-Z SIT DOWN for during Super Bowl national anthem https://t.co/Qm08iGksUi via @DailyMailCeleb

This is why black America is defecting from the Democrats

RT to show the world their hatred of our country