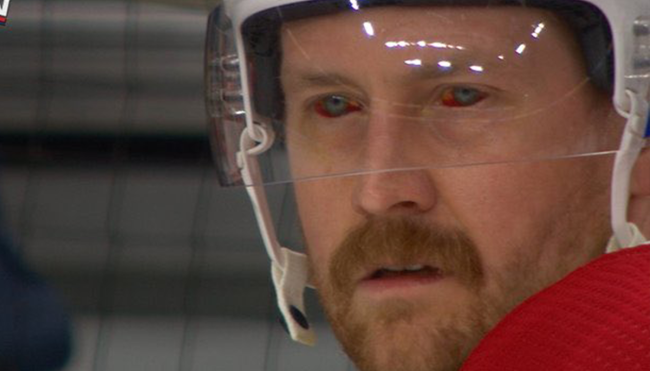 There will likely never be a consensus when it comes to the debate over which sport is home to the toughest athletes. However, I don’t know how anyone could possibly argue hockey players don’t deserve to be near the very top of that list.

NHL players have an impressive ability to play through a plethora of injuries during the regular season, but they almost ascend to another plane of tolerance whenever the Stanley Cup Playoffs roll around—like the time Greg Campell had his leg broken when he blocked a shot on the penalty kill and somehow managed to finish his shift.

Now, we have more proof that hockey players are simply built differently courtesy of Montreal Canadien’s defensemen Jeff Petry, who fell victim to a freak accident during the team’s series against the Winnipeg Jets when his fingers got lodged in the hole in the glass used by rinkside photographers.

Petry was sidelined for what was described as an “upper-body injury” before making his grand return to the ice when the Habs faced off against the Golden Knights in the semifinal round, where he was sporting some seriously bloodshot eyes.

After his appearance went viral, his wife claimed he was actually doing pretty damn good compared to how he looked the previous week.

It was initially unclear exactly how the issue was related to the hand injury, but on Friday, Petry revealed he ruptured the blood vessels in his eyes after passing out from the pain when trainers were treating the pinky finger he broke after getting his hand snagged.

Jeff Petry on how he got the red eyes during the playoffs: "when they (trainers) were setting my finger back into place to put the cast on, I basically passed out and popped all the blood vessels in my eyes." @CTVMontreal
Photo: Sportsnet broadcast pic.twitter.com/iE6KavFF3y