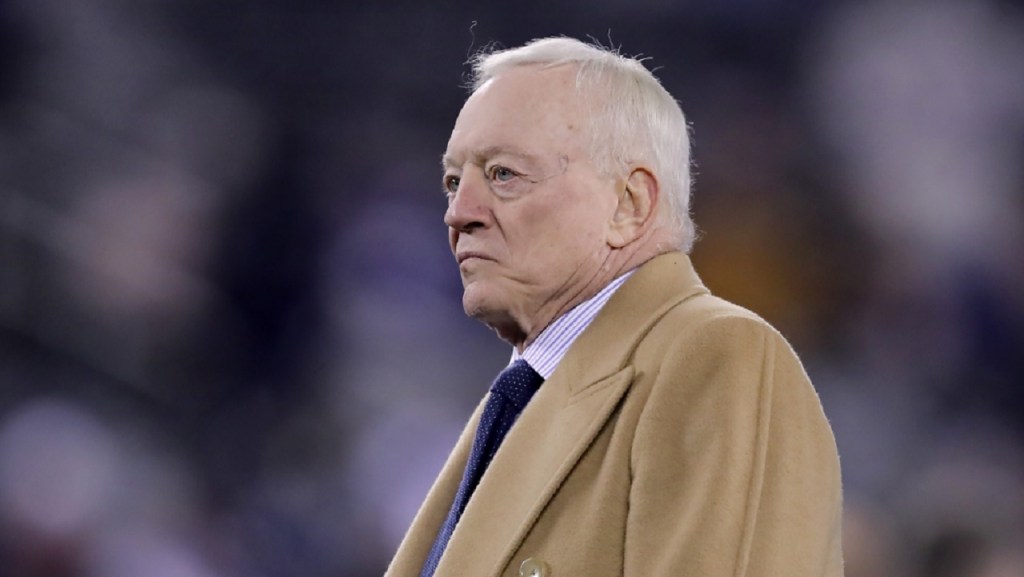 Earlier this month, a 25-year-old woman named Alexandra Davis filed a lawsuit claiming Jones had a relationship with her mother in the mid-90s and that he’s her biological father. The woman claims her mother had a financial settlement with Jones to not publicly disclose that he was the father, but she feels that her mother’s agreement does not bind her from speaking out.

NEW: A 25 y/o woman is suing Dallas Cowboys owner Jerry Jones and alleges that he is her biological father. Court docs say Jones & the woman's mother agreed on a settlement to financially support them as long as they didn’t say he was the father. https://t.co/4pC3qY7v2T

In an interview with ESPN, Jones’ former lawyer Don Jack says he paid Davis nearly $3 million in “child support” payments during her lifetime.

Jerry Jones has paid nearly $3 million to the woman who says she is his biological daughter, including her full tuition at SMU and a $70,000 Range Rover on her 16th birthday, and to her mother, according to the Little Rock, Arkansas, lawyer who delivered the payments on behalf of the Dallas Cowboys owner.

Lawyer Don Jack told ESPN that he made regular payments on Jones’ behalf to Alexandra Davis, the 25-year-old Congressional aide who filed a paternity lawsuit against Jones on March 3, and her mother, Cynthia Spencer Davis, whom Jones met in 1995 when she was a ticket counter agent for American Airlines in Arkansas.

“On numerous occasions I have made payments on behalf of Mr. Jones to Cindy and Alex Davis,” Jack said in a statement. A longtime friend of Jones, Jack said he struck an agreement on Jones’ behalf with Spencer Davis in 1995, paying her $375,000 and providing “for monthly payments for child support which ultimately totaled over $2 million.”

Jones has not acknowledged that Davis is his biological daughter. Asked why he used the term “child support” in his statement, Jack said, “I used the term child support because that’s what the agreement calls it.” Asked if the “child support” payments indicate that Jones is Davis’ father, Jack paused for five seconds before saying, “I am not going to answer that one. My statement speaks for itself.”

Jack goes on to claim that Davis told him she was “dissatisfied with what she had received” and requested $20 million from Jones to keep quiet about the relationship during a dinner meeting several years ago.

But Jack said he got a far different impression of Davis’ motives when he met with her and her mother for dinner at a Dallas steakhouse several years ago.

“In that meeting, Alex read to me a personal letter she had drafted to Jerry Jones in which she expressed her dissatisfaction with what she had received and sought $20 million,” Jack said. “She stated that if that amount was paid, she would not bother Mr. Jones again and would keep their relationship confidential.”

Neither Jack nor Wilkinson could provide proof of the letter or a date of the dinner. Wilkinson said it was “three or four years ago.”

While Jones has told the courts that he believes he’s being extorted, the woman who brought forward the lawsuit claims she doesn’t want money but wants to prove that Jones is her father.

Her lawyer, Andrew A. Bergman, has said repeatedly that she is not seeking money and that, after years of being shunned by Jones, his client wants only to be able to put his name on her birth certificate.