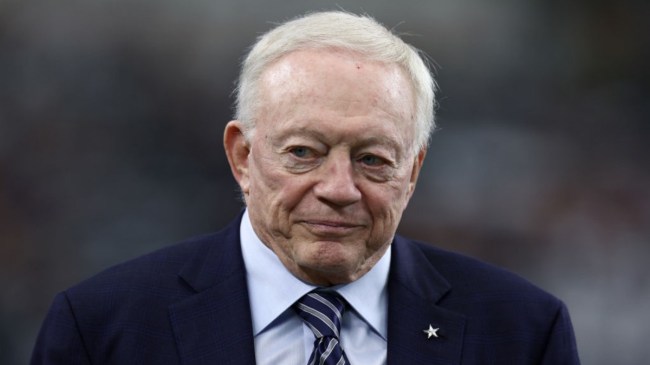 The Philadelphia Eagles recently made a big move to continue improving their defense. They had already traded for Robert Quinn at the deadline to improve their pass rush and signed Lineal Joseph to reinforce the middle of their defensive line after Jordan Davis was injured.

Yesterday, they made that defensive line even better by signing Ndamukong Suh.

It was a move that made many Dallas Cowboys fans unhappy as they also needed some help in the middle of their defensive line as they chase the Eagles in the NFC East.

Today, Cowboys owner Jerry Jones was asked of the team had been interested in Suh and he revealed that they hadn’t contacted Suh because he likes the current defensive line despite their struggles.

The Cowboys never had interest in signing veteran DT Ndamukong Suh. Jerry Jones on @1053thefan: "No, we didn't have contact. I like where we are with our big boys in the middle."

Jones probably shouldn’t like where the Cowboys are at with their big boys in the middle right now. The Cowboys currently have one of the NFL’s worst run defenses, allowing 143.1 rushing yards per game. Those yards have been coming on 4.8 yards per carry, with only 4 teams allowing more.

Some help in the middle of the defensive line certainly wouldn’t have been a bad idea for the Cowboys to try and improve that run defense as they attempt to compete in an NFC that is loaded with talent at running back.

The Cowboys have games remaining on their schedule against Dalvin Cook, Saquon Barkley, Travis Etienne, Derrick Henry, and Jonathan Taylor.

Signing Ndamukung Sun certainly couldn’t have hurt a Dallas Cowboys defense that has given up a lot of points over the past couple weeks and has some tough matchups ahead of them.