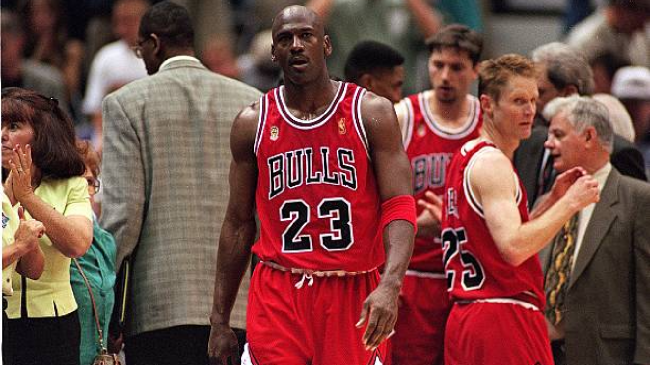 It has been nearly two decades since Michale Jordan has taken part in an NBA game, but the man still continues to break records. This time around, the broken records come courtesy of a jersey that Jordan wore 24 years ago.

Jordan’s jersey from Game 1 of the 1998 NBA Finals recently went on sale at Sotheby’s and when the auction reached it’s conclusion it had racked up quite the final price.

The final bid for the item incredibly came in at just under $10.1 million. That figure is a record for a basketball jersey, any game-worn sports memorabilia, and is the most valuable Michael Jordan item ever sold.

Jersey worn by Michael Jordan during Game 1 of 1998 NBA Finals sells for just under $10.1 million

A record-breaking day. Michael Jordan's iconic 1998 NBA Finals 'The Last Dance' jersey has sold for $10.1 million, setting records for a basketball jersey, any game-worn sports memorabilia, and most valuable #MichaelJordan item ever sold at auction. pic.twitter.com/7t8G98N5pW

Game 1 of the 1998 NBA Finals was actually one of the two games that Jordan and the Bulls lost in that series. Jordan scored 33 points in the game and Scottie Pippen added 21 points of his own, but the Bulls only got 8 points from their bench.

The Jazz were led by 24 points and 8 assists from John Stockton and 21 points from Karl Malone as they prevailed 88-85 to take a 1-0 series lead. It was just the 2nd time in his career that Jordan had ever trailed in an NBA Finals series.

The Bulls would go on to win the series 4 games to 2, pushing Jordan’s Finals record to 6-0. He would retire for the 2nd time following the series win.

Now, this piece of basketball history becomes a piece of auction history and will adorn the house of somebody who is clearly a huge fan of Michael Jordan.