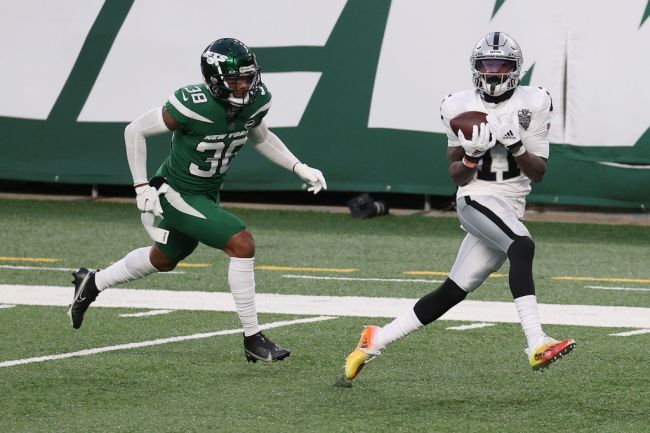 As a New Yorker, my sports-viewing life has been far from charmed, you can say. While I did initially grow up a Yankees fan — being a kid in the tri-state area in the late 90s, how could you not? — that eventually changed when I grew up and realized my father was a Mets fan, and rooting against him and his team defeated the entire purpose of sport, which is really just a story of fathers and sons. Alas, I changed allegiances and began rooting for the Queens/Long Island franchises, the Jets and the Mets, and not a day has gone by where I haven’t regretted making the switch. Sorry, Dad, I love ya, but enough is enough.

And yet, despite my two-plus-decades of rooting for subpar franchises, what the New York Jets are putting me and the rest of their fanbase through right now is, without question, the worst stretch of professional footballing that this city has seen in my entire lifetime.

First things first: the Jets haven’t made the playoffs in a decade. That’s right, the last time the Jets played into the postseason, Rex Ryan was still their coach and Mark Sanchez still had potential. Imagine that. But more devastating than the lack of postseason appearances is the lack of progress towards that goal: not only have the Jets not made the playoffs, they actually seem like they’re working backward. Are they any better off now than they were a decade ago? I’m not so sure. I can recall one decent Jets season since Rex Ryan left and that was the 2015, Ryan Fitzpatrick-led year that saw Gang Green finish 10-6 and STILL miss the playoffs.

From there, it’s been nothing but a descent into pure abjectness, as the hiring of Adam Gase as the franchise’s head coach has set them back another half-a-decade, and that’s not even counting the heartbreaking regression of former future franchise QB Sam Darnold. Five years removed from their last winning season and two years into the Adam Gase experiment and the Jets are 0-12 and are staring down the barrel of becoming the first 0-16 squad since the 2008 Lions.

Still, all that said, just because the New York Jets have been the personification of calamity does not mean there haven’t been reasons to cheer for them this year as their hilariously awful record is also somehow the organization’s saving grace, as it puts them in line to draft Clemson quarterback Trevor Lawrence, who’s considered to be an Andrew Luck/Peyton Manning can’t-miss type of prospect. So long as the Jets keep being the Jets — which is being losers — Lawrence should be theirs (assuming he doesn’t hightail it back to South Carolina to avoid New York).

This brings us to yesterday’s Raiders, which almost saw the Jets blow their chance at Lawrence by winning a truly meaningless game. Leading 28-24 with less than 15 seconds to go, it looked like — once again — the Jets had screwed themselves out of their future by prioritizing their worthless present. And if it weren’t for the destructive genius of defensive coordinator Greg Williams, that would’ve been the case.

Luckily, though, Williams (who likely won’t even be on the staff next season) knew what the real prize was and called an all-out blitz on the game’s decisive third down play, leaving the endzone — literally the one area of the field that needed to be defended — wide open for Henry Ruggs to run into as Derek Carr heaved one into the sky. The result is the loudest and hardest I’ve cheered for the Jets all season.

And that, in a nutshell, is New York Jets football: winning is the worst imaginable outcome and losing elicits the most passionate responses from fans. Now, ust another four more losses and we may actually win something here.