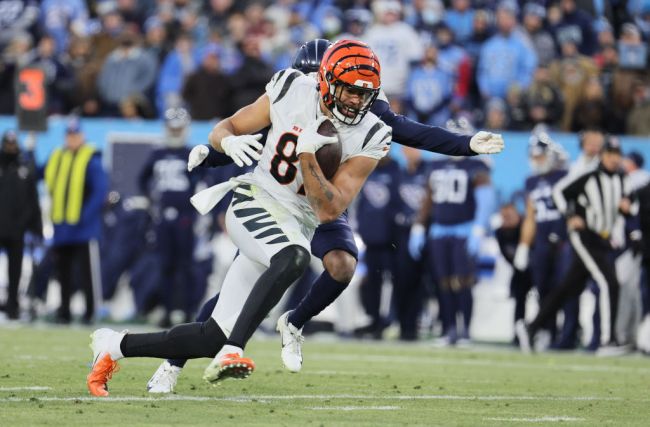 Over the weekend an Internet rumor claiming Uzomah left the Bengals and signed with the Jets to pursue Adams quickly spread on Twitter.

CJ Uzomah left the bengals right when they started becoming successful after years of hell just to go play for the poverty jets to be closer to kay adams…. Simp behavior that i have to respect cause id do the same.

CJ Uzomah securing the bag and Kay Adams had make his decision to leave the easiest one this cycle.

On Sunday, Uzomah took to Twitter to deny the rumors that he’s dating Kay and that he signed with the Jets just to be close to her.

Uh… idk what @DLInTheTrenches is talking about. I’m not dating Kay. My decision to go to NY was not about anything other than what was in my best interest for me and my playing career. Respect you, Dave, but had to call this out when false rumors are spreading

According to Uzomah, his actual girlfriend is bothered by the Kay Adams rumors that are being falsely spread on the Internet.