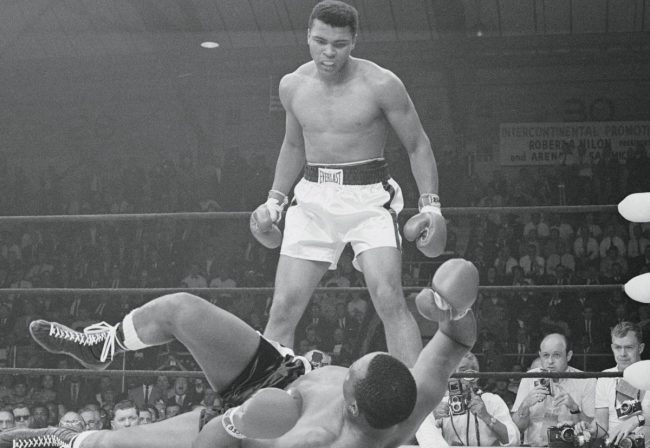 Muhammad Ali’s WBC belt won in 1974 sold for a record $6.18 million on Saturday. The belt was the prize of Ali’s win over George Foreman in the “Rumble in the Jungle,” which took place in Kinshasa, Zaire.

The fight marked the legendary fighter’s return to the ring after previously being stripped of his boxing license for refusing to join the Vietnam War. Ali was also stripped of his WBA belt following that decision.

But in that triumphant return, ‘The Champ’ sent Foreman tumbling to the mat with an eighth-round knockout blow. It was the first time that fans had a chance to see Ali’s rope-a-dope technique, where he voluntarily fielded punches from his opponent in an attempt to exhaust his foe’s energy. He leaned against the ropes while Foreman tired out, then waited for his opportunity to strike.

The “Rumble in the Jungle” is said to be the greatest event of the 20th century. Many have tried to emulate Ali’s impact on boxing, but none have been successful. Now, the remnants of that match have found a new home.

The new owner of the belt? Colts’ owner Jim Irsay, who spent over $6 million on the prized item. That was the highest price for a sports collectible ever sold at Heritage Auctions.

BREAKING—-Muhammad Ali’s
championship belt from 1974 ‘Rumble in the Jungle’ when he employed his rope-a-dope and defeated George Foreman—-just added to @IrsayCollection Just in time for the Aug. 2 show at Chicago’s Navy Pier (and Sept. 9 at Indy). Proud to be the steward!🙏 pic.twitter.com/REJOGV1Cwq

Irsay’s Ali collection has now grown as he’s already the owner of a walkout robe bearing the boxer’s name, as well as a pair of shoes from the famed “Thrilla in Manila” against Joe Frazier. This is quite the addition to the impressive set.