J.J. Watt Sipped The Tea In His Sack Celebration After Bringing Tea To Walk Into The Stadium When He Arrived At The Stadium 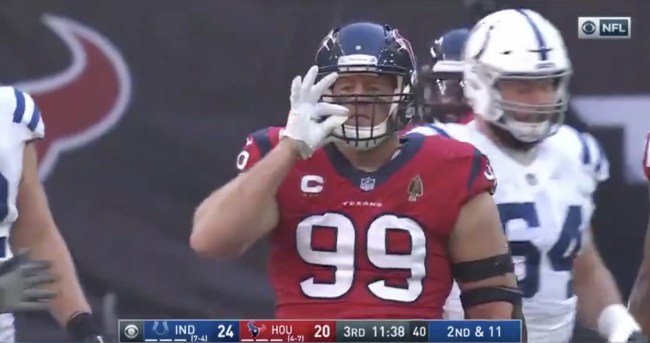 Pregame outfits have evolved over the years and players are always trying to one up each other. J.J. Watt, a noted showman, arrived to Houston’s game against Indianapolis on Sunday with a cup of tea.

The 31-year-old is married to Kealia Ohai Watt, who plays for the NWSL’s Chicago Red Stars, and is a noted soccer fan. He brought a Premiere League Sunday mornings vibe to his outfit and used the warm drink as a prop for the photo.Tea, of course, is popular in the public eye because of the ‘sip the tea’ saying, essentially meaning that someone told the gossip. 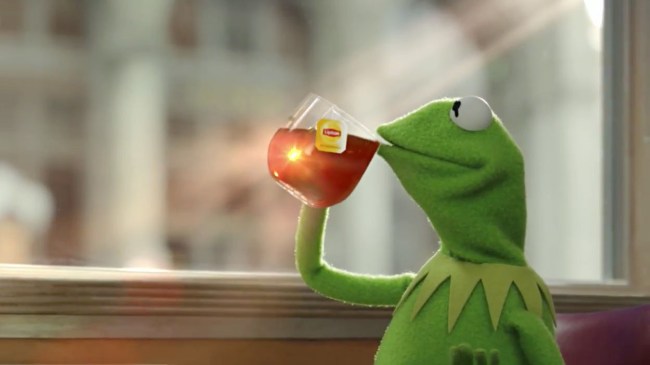 In the Texans’ 26-20 loss to the Colts, Watt made six tackles and four for loss, but one in particular stood out. With only a few minutes gone by in the third quarter, he came around the right edge, beat Indianapolis’ back up left tackle Chaz Green to the backfield and brought down Phillip Rivers for a loss of eight yards.

With the sack, he passed three players and moved into 31st place on the NFL’s all-time sack list with 101 and recorded his 24th career game with at least three tackles for loss. That is the most since the stat was first tracked in 1999.

In a full-circle celebration, he referenced his pregame outfit in the sack celebration and sipped a cup of tea.

If on first impression you believed that he was insinuating something else, you are not alone.

My kid saw this and now they’re selling doobies thanks @JJWatt pic.twitter.com/RkKWRKPCDD

Houston lost in a disappointing fashion after fumbling inside the two-yard line. Had DeShaun Watson held onto the football, his team would have taken a one-point lead with 1:28 remaining in the game if the extra point attempt had been successful. Watt was visibly upset with the game’s outcome.

After firing head coach and general manager Bill O’Brien, interim head coach Romeo Crennel took over in October. The Texans move to 4-8 with the loss.