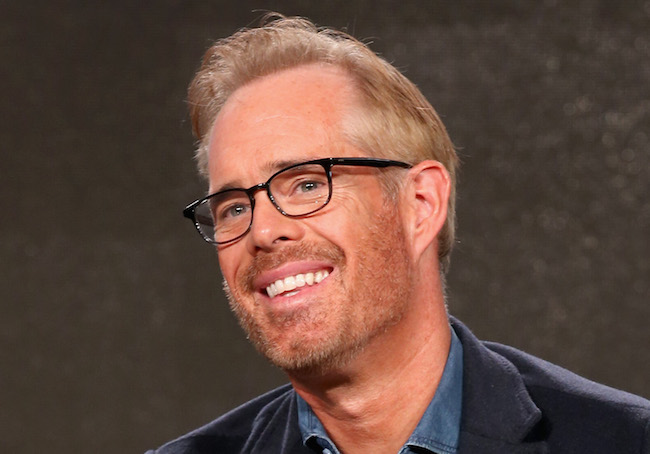 Months after all the sports leagues shut down due to the health crisis in the country it’s still unclear when sports will be back on television.

On Tuesday, HBO’s Real Sports with Bryant Gumbel sat down with play-by-play announcers Joe Buck, Mike Breen, and Jim Nantz to have a roundtable discussion about the impact of the sports shut down and what sports could look like in the near future while the country is going through a pandemic.

On an all-new #RealSports, Bryant Gumbel is joined by top sports broadcasters Jim Nantz, Joe Buck and Mike Breen for a discussion on the impact COVID-19 is having on the sports world. pic.twitter.com/gDS5JGvdEJ

During the discussion, all three broadcasters said they would all be comfortable traveling to the events and calling them live if the companies/sports leagues give the go-ahead tomorrow.

Gumbel: “Let’s say that the NBA decides, ‘OK we’re back in business on such-and-such a day.’ Could you envision them going back and you saying, ‘Nah, I don’t think so’?”

Breen: “Well Bryant I think initially for us in the NBA, I think a lot of the broadcast teams, if the NBA season resumes, will be doing it from a studio.”

Nantz: “Sure, We’re all concerned what we’re stepping into but if we’re given the green light there’ll be alot of behind this decision and people on the front lines in whatever city we travel to, they’re going to make sure that the CBS people are safe” So I have to go to an event in person, I’ll have faith in that, I really will.

Buck: I’ll just go where they’ll tell me, I feel like if they’re going to hold the event, if they’re going to ensure safety of the people involved, aka the players and the staff and peope down on the field, they’ll probably extend that up to the fifth level which is the press box, if they get up there to clean it, I’m ok.

While all of the broadcasters agree that sports should only come back when it’s safe to do so and possibly without fans, Buck had an interesting take about how networks will probably have to inject crowd noise into games to make them less uncomfortable to watch.

I know Fox is optimistic about something getting on the air, I think doing a big NFL game or doing a big NBA game and a big basket being made and hearing no reaction from the crowd, for those of use who call play-by-play is daunting and scary. So what I think they’re going to have to do is inject some fake crowd noise or past crowd noise, like a laugh track, just to give a little bit of support, that to me is way more preferable way more appetizing than just having flat under broadcast.

Buck’s comments about networks adding crowd noise comes as Sky TV announced they were going to give fans options to listen to upcoming crowd-less games with or without fake crowd noise.

Television viewers will be able to listen to crowd noise via the red button if behind-closed-doors Premier League games are broadcast later this summer.

Sportsmail reported earlier this month that rights-holders Sky Sports and BT Sport were eager to present an authentic experience to armchair fans without any fake crowd noise.

But they are also planning to offer an artificially enhanced atmosphere as an optional extra.

However, in an attempt to keep as big an audience as possible engaged, broadcasters are likely to provide crowd noise on a separate channel.

The format is the same that Sky have used for the channel’s FanZone commentaries in the past.

It seems like there’s a good possibility we could get the same option here and have the ability to listen to crowdless NFL games with fake crowd noise.