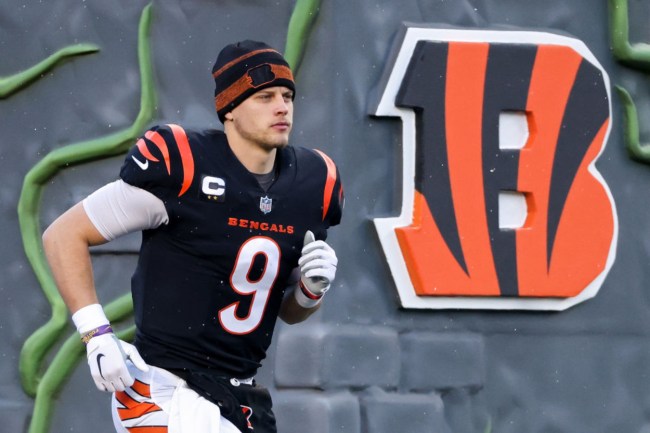 Joe Burrow may just be in his second year in the NFL, but he’s acting like a veteran when it comes to treating his offensive line well.

Every great quarterback knows that they’re nothing without their offensive line and one way to show appreciation is to shower them with gifts during the holiday season. Burrow did just that and put his own personal, custom spin on the gifts.

Burrow gifted all 13 of his offensive linemen to diamond-crusted Casio G-Shock watches.

According to ESPN, Burrow reached out to jeweler Leo Frost about a month before Christmas, and Frost was able to ice out 13 watches in time for the holidays.

Frost reportedly used 14-carat worth of diamonds and placed them in a white gold pave setting around the face of each watch. The back of each timepiece that retails at $210 has the recipient’s name engraved on it.

Maybe the nicest touch of all of this from Burrow is the fact that he got 13 watches made, not just watches for his starting offensive line and rostered linemen. Burrow even got custom watches for practice squad o-linemen as well.

Burrow’s gesture is certainly a nice one, but it’s got nothing on Kyler Murray’s. The Cardinals quarterback hooked up his offensive line with a custom golf club fitting and a set of clubs before Christmas.