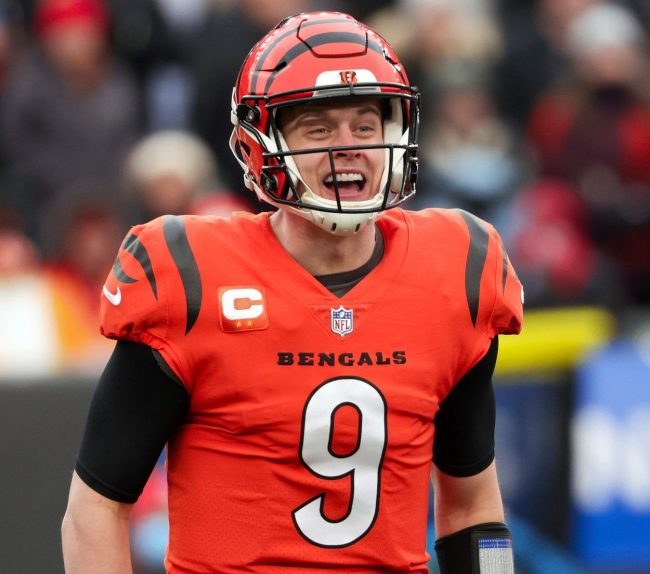 With the 2021 NFL regular season coming to a close this weekend, the Bengals have already clinched a spot in the playoffs and cannot clinch a bye. Thus, head coach Zac Taylor has little reason to start quarterback Joe Burrow.

So, in an effort to keep his franchise quarterback healthy, he will not.

Instead, Cincinnati will play backup Brandon Allen against the Cleveland Browns on Sunday. The decision is fairly standard, but how Allen found out is not.

Taylor, who has been with the team since 2019, was planning to call Allen and let him know that he is getting the start. However, Joey Franchise beat him to the punch in the most Joe Burrow way possible.

Immediately after the decision was made, before Taylor could even dial the first digit, Burrow had fired off a text. Short, sweet and simple, Burrow broke the news exactly how one would expect him to.

The most Joe Burrow thing I’ve ever head. #Bengals backup QB Brandon Allen says Joe Burrow texted him on Tuesday and leaked the news before Zac Taylor called him and texted him to say:

Burrow’s text was the first time that Allen had found out he was starting. The second-year quarterback out of LSU is known for his happy-go-lucky attitude, but when he means business, he has a mean game face.

In this instance, his jovial demeanor made for a delightful surprise for Allen. Finding out that you’re set to make a start in the NFL is always a rush. To hear it from Burrow, who is four years younger than Allen, in the way that he did, is way more fun than getting a call from the head coach.

This should be standard procedure across the NFL moving forward. Starting quarterbacks should be the only one breaking news to their teammates.