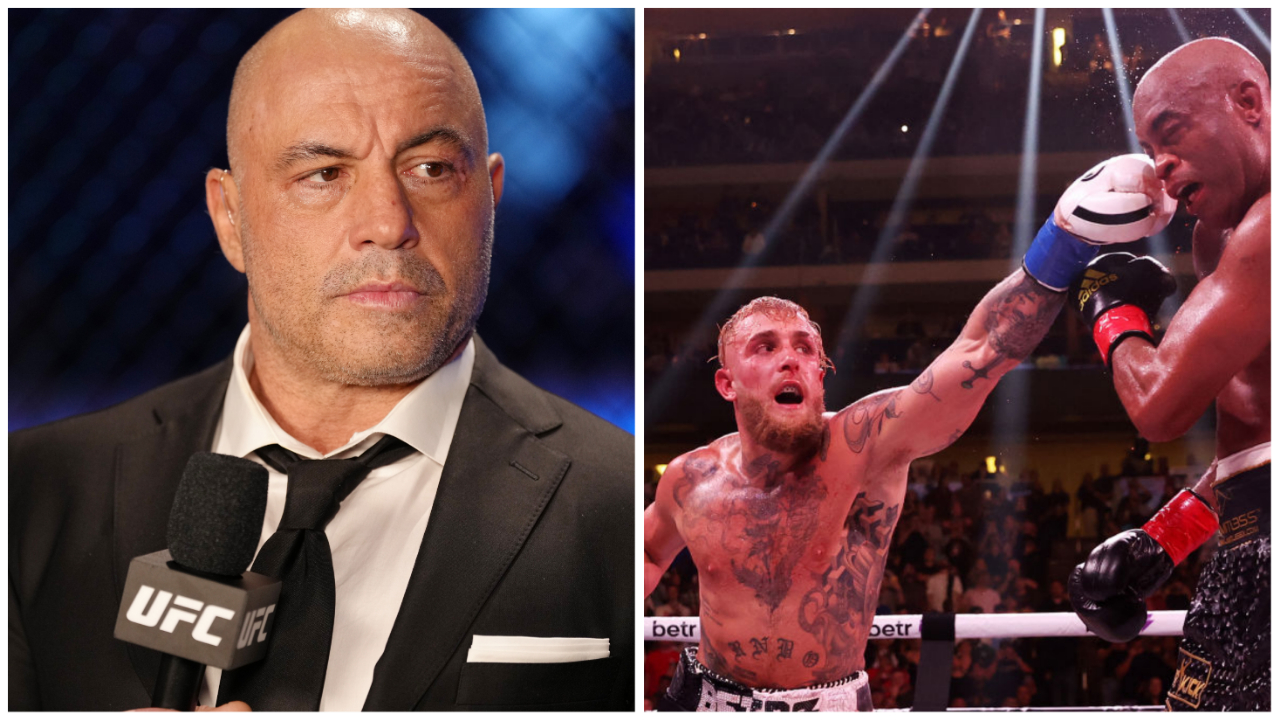 Joe Rogan is chiming in on the Jake Paul-Anderson Silva controversy.

After last week’s boxing match between the UFC legend and the Youtube star-turned-boxer, a conspiracy theory went viral on the Internet claiming the fight was rigged.

The fight was rigged, Jake Paul doesn’t even land 🤣 pic.twitter.com/M9BOk4xYkt

Rogan saw the conspiracy theories and fired back by giving Paul props for having the power to knock down Silva in the fight.

“Some people are trying to say that fight was fixed because of the knockdown,” . “I just want to explain to people this is what happened … Anderson moved forward to Jake Paul and Jake Paul hit him with a sort of a stepping jab and caught him right on the chin. And when he caught him on the chin, Anderson Silva was falling backwards and then he leans away from the right hand and he goes down. He was down from the punch, but it looks like the right hand doesn’t connect, but the left hand is what f***** him up.

“That dude hits f—– hard and for anybody to say he doesn’t hit hard because he’s a YouTube Star — if this guy was not a f****** YouTube star and he was some dude who went out there and flatlined Tyron Woodley with one punch and just knocked down Anderson Silva in the f****** eighth round … Come on, son. That is legit as f***. Anybody that says that’s not legitimate is crazy. He cracked him.”

Paul also responded to the conspiracy theories about his fight during an interview with Ariel Helwani.