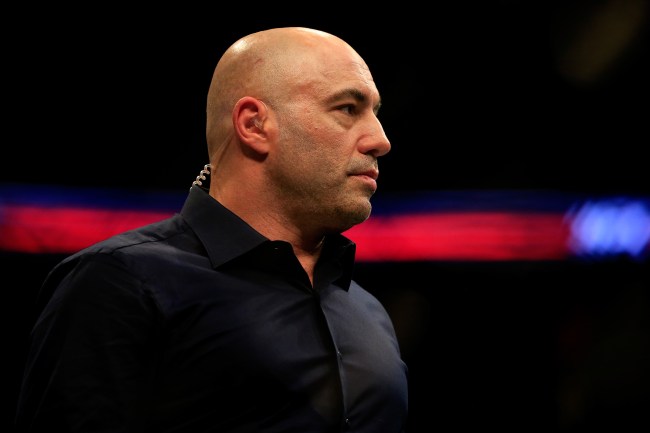 On Thursday afternoon, Dana White announced that UFC 249 and several upcoming events were being postponed because executives at Disney/ESPN told him to “stand down”.

BREAKING: UFC 249 has been canceled. All UFC events postponed indefinitely, due to COVID-19. Dana White says he was ready to promote the event but things were taken out of his control. Much, much more on this to come.

UFC 249, which was supposed to happen April 18, has been canceled.

Dana White confirms to @bokamotoESPN that he was asked to “stand down” by top Disney/ESPN executives and so he is doing so.

Joe Rogan was live broadcasting his podcast as the news broke and gave his impressions about the cancellation.

According to Rogan, he was actually relieved that he wasn’t forced to decide about commentating UFC 249 now.

“Wow! That’s interesting. Well, that saves me a lot of fucking thinking,” “Damn. I was 75 percent ready to go. The only thing that worried me was if I contracted something and then came in contact with other people. So what I was gonna do is do it if I definitely could get tested and then I would have to know the results before I come back, but fucking – even then you don’t know.

Listen man, I was hesitant,” Rogan concluded. “I was like, ‘I really want to go’, I was leaning towards going, but I’m like, ‘God, I don’t want to hear it from people who don’t think it’s a good idea.’ I’m not interested in putting myself at risk but my real concern was how do I know if I contract it and then bring it back, how am I gonna know? And then I had to be honest with myself and I really wouldn’t know. So the only way I’d be able to do it is to do it and then be in quarantine until I get tested, and I was like, ‘Oh Jesus Christ.’”

Rogan went on to give his opinion on Dana White and how hard his job must be to try to put on fights during a global pandemic.

“The most important thing is he’s a psychotic driving force for the most exciting organization in the world and I don’t think the organization gets where it is without Dana White. I think you have to have a crazy person at the wheel. You have a guy who doesn’t give a f*ck. He’s a real man. He doesn’t give a fuck, he’ll talk sh*t, he’ll insult people, he’ll go back with you.”

Rogan also reacted to White’s assertion that the UFC would be the first sport back from hiatus.

“As long as the right precautions are in place, I agree,” Rogan said. “But the thing is, you’ve got to measure, if this was any other disease where we understood it better, I would be way more confident. . . I don’t want people who are less robust than Michael Yo to die, so we’ve got to figure out what the uck this virus is, how does it get treated, what’s the most effective way, and then it makes sense that we’re a little bit more loose with our regulations.”