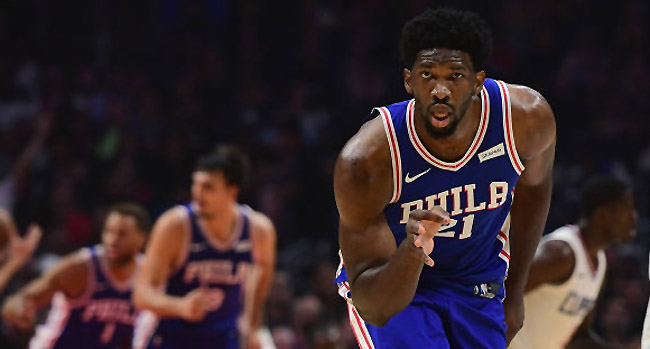 Don’t get handsy while playing football with Joel Embiid because apparently he’s not going to put up with your bullshit. Before yesterday’s Eagles-Falcons divisional playoff game, one Eagles fan boxed out Embiid while playing a game of tailgate football. Embiid took exception to the fan touching him and proceeded to shove the fan to the ground.

Everyone in Philly was feeling competitive AF this weekend during the Eagles’ playoff game against the Falcons … including 76ers star Joel Embiid.

Embiid got a little rough with an Eagles fan Saturday during a tailgate at the game, when the guy pushed the NBA star and intercepted an incoming pass to him in the lot.

Safe to say, Embiid wasn’t having it … he shoved the dude right back.

Seems like Embiid overreacted just a bit here. There was no need to get pissed and throw the dude on the ground for this. At least the Eagles won the game yesterday and Embiid seemed happy with results.