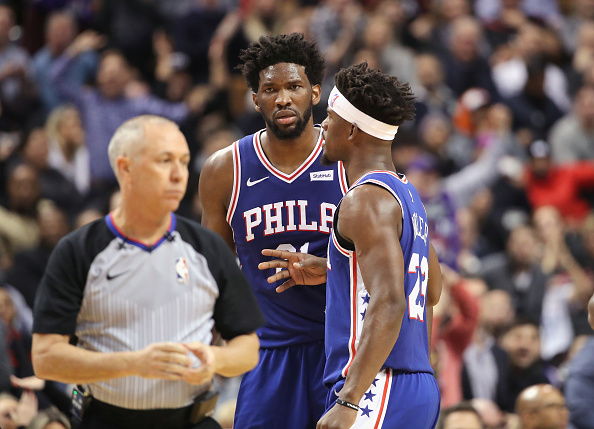 Jimmy Butler was traded to the Sixers less than a month ago but his presence appears to be irking big man Joel Embiid.

On Friday Embiid told reporters that he’s frustrated with his role as a stretch five after the team acquired Butler.

Embiid reiterated that he preferred to be in the paint instead of the perimeter but that hasn’t been happening much while Butler is the lineup with him.

“We sometimes have to space the floor,” Embiid said Friday. “A lot of time, actually, with the way our plays are set up, I tend to spend a lot of time on the perimeter. So it’s an adjustment.”

Sixers coach Brett Brown took responsibility and wants to make sure that Embiid is comfortable on the court.

“I don’t want to connect those dots,” “But I think in general we all have to do better at creating space for Joel.”

There’s also some adjustments to be made when there’s so much talent on a single team. We’ll have to wait and see if Embiid will continue to complain about his role with Butler on the floor if the team keeps winning.