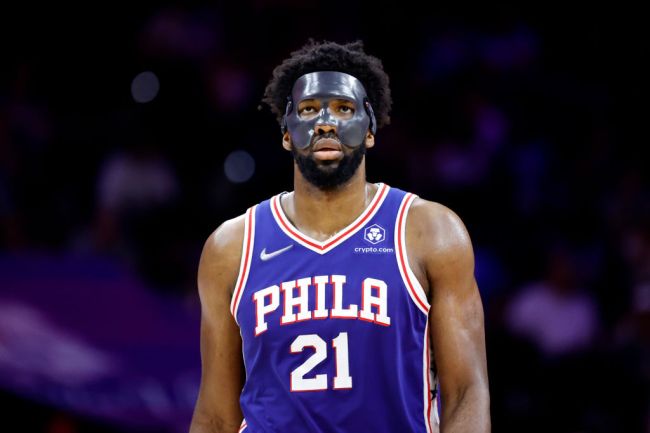 The Miami Heat are on the brink of elimination from the NBA playoffs after last night’s loss to the Boston Celtics. After the loss, Philadelphia 76ers star Joel Embiid took to Twitter to share his thoughts on what was missing for the Heat.

His tweet caused a stir among fans as his suggestion for the Heat was that they need another star to play alongside his former teammate, Jimmy Butler.

This is most likely Embiid just playing “Troel” on Twitter, but the tweet does still give fans some interesting things to think about. First, if the Miami Heat need another star to even get to the finals and the Heat just eliminated the 6ers in the previous round of the playoffs, what do the 76ers need to be real contenders?

Second, what would it take to actually make a Joel Embiid trade happen? Anthony Davis cost the Lakers 3 talented young players and multiple first round picks. Embiid is a couple of years older than David was at the time, but is coming off of an MVP-caliber season. You’d have to imagine that drives his value up a little bit.

Embiid also has 4 years and a player option left on his contract, meaning the 76ers absolutely do not need to trade him. Still, one couldn’t blame him if he wanted to leave Philadelphia. The 76ers are well over the cap and would still be slightly over even James Harden doesn’t accept his player option.

The team is stuck with Tobias Harris and his awful contract for two more seasons. James Harden was clearly not enough to get this team over the hump. They’ve already traded away their 1st round picks in 2022, 2025, and 2027. It’s simply becoming more and more difficult to picture this franchise getting Joel Embiid a ring.

Maybe a Miami Heat squad that has made it to the NBA Finals 2 seasons ago and the Eastern Conference Finals this season without a real star playing alongside Jimmy Butler could do just that with Embiid.