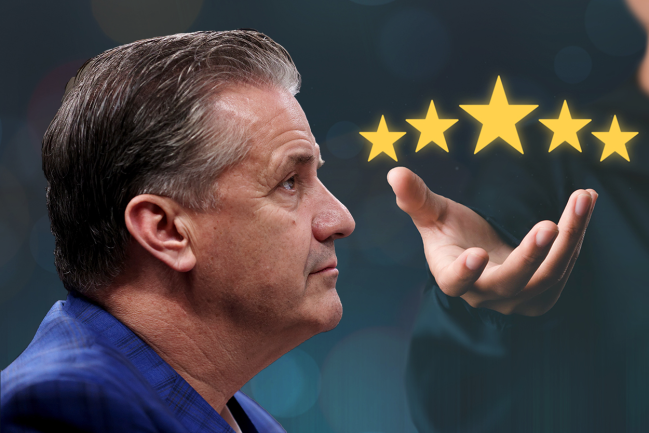 Kentucky basketball finished the 2022 recruiting cycle with its worst-ranked class in 14 years. The Wildcats finished with the No. 5-ranked class in the country per 247 Sports behind Kansas, Alabama, Arkansas and Duke.

Read that again — Kentucky’s 5th-ranked recruiting class is the worst it has had in more than a decade. It is the worst class in John Calipari’s tenure as head coach.

Calipari, who was hired away from Memphis in 2009, has reached four Final Fours since taking over in Lexington and won the national championship in 2012. It’s not hard to understand why, considering the talent that he has had at his disposal.

For 13-straight years, Calipari’s program finished with either the first or second-ranked class in the nation. Kentucky has never finished ranked third, fourth, fifth or lower in 13 years.

That run is absolutely insane, but it came to a close this year. Calipari and the Wildcats added two five-stars, one four-star and one three-star.

While the streak ended in 2022, the Wildcats are back on pace to return to one of the top two spots in the 2023. Kentucky’s Class of 2023, though there is still a long way to go, is currently ranked second behind Duke.

If Calipari can pull the No. 1 or No. 2 recruiting class in 14 of 15 years, that would be downright bananas. Maybe this year he and his team can beat Saint Peter’s?