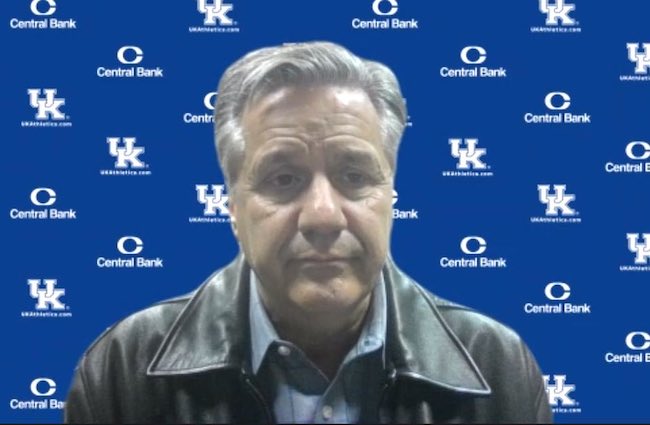 The Wildcats didn’t just lose, the team stunk up the court.

Kentucky led for 24 minutes and 40 seconds, but a stalled offense, foul trouble and turnovers opened the door for North Carolina’s late 13-5 rally that turned the game.

From the 12:07 mark to the 4:01 mark in the second half, Kentucky failed to register a field goal. The Wildcats finished 3-for-13 from the 3-point line and shot just under 40% from the field overall. North Carolina’s numbers were similar except for turnovers. Kentucky finished with 16 to UNC’s 11.

The Wildcats dropped a fifth straight game for the first time ever in Calipari’s tenure, and according to ESPN Stats & Information research, this is Kentucky’s first 1-5 start for the program since 1926-27.

With the Wildcats stuck in a five-game losing streak, the season is still young, but the look of despair and defeat is written all over Coach Calipari’s during the Zoom call.

Sportswriters, fans, and Calipari haters were quick to point out the coach’s dejected demeanor and took to Twitter to poke fun at the legendary coach.

John Calipari definitely has the "my wife left me, I just got fired and my puppy died, and all I've got left is a warm bowl of Ramen, in a small apartment, with a single lightbulb hanging from the ceiling" look going on with him right here 😂😂 https://t.co/F6PDog11sd

The look when you realize you now have to coach but can't remember the last time you did.

Calipari out here looking like a Coen Brothers character pic.twitter.com/Tm3eea40k8

How it started How it’s going pic.twitter.com/hrDnfb4bqh

John Calipari looks like someone in an HBO series who dyes his hair gray to play himself 20 years in the future https://t.co/SXiZGrZ17w