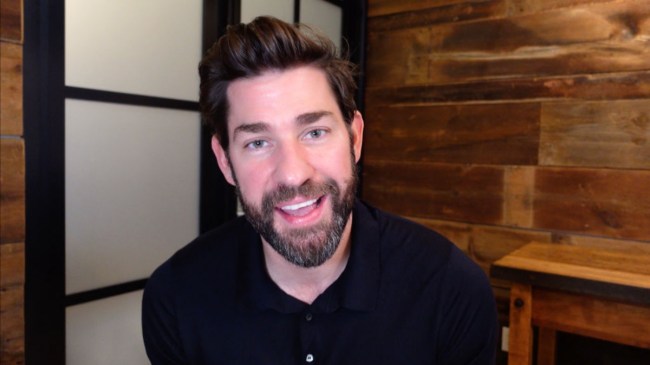 MCU fans were absolutely thrilled to learn earlier today that there is an official release date for Deadpool 3, the first installment of the series since its rights were bought by Disney, and Hugh Jackman would be returning as Wolverine in the movie.

Earth 838’s Reed Richards, John Krasinski, responded to the announcement from Reynolds, asking, “Is this our movie?”

Wait… is this our movie? https://t.co/eOnGPEZZov

Krasinski’s response has some fans believing that we will be seeing Mr. Fantastic alongside Deadpool and Wolverine in the movie.

Unfortunately for MCU fans, this tweet most likely has nothing to do with Krasinski bringing another Reed Richards variant to the MCU in Deadpool 3. Instead, it is probably a reference to the movie “If”, which Krasinski and Reynolds are making together and also happens to be scheduled to release in 2024.

While we probably won’t be seeing Krasinski in this movie, there is still the chance that we see him and Reynolds on the screen together in the MCU. The timing of Deadpool 3 interestingly sets it up a little more than a year before “Secret Wars”, a comic book storyline that 3 of the 4 members of the Fantastic Four played an important role in.

Deadpool wasn’t in the original comic story for “Secret Wars”, but according to “Deadpool’s Secret Secret Wars”, the Merc with a Mouth was present for those events.

We don’t actually know yet whether or not Krasinski will play Earth 616’s Reed Richards, but if he does, fans might just have to wait until “Secret Wars” to see these two share the screen.