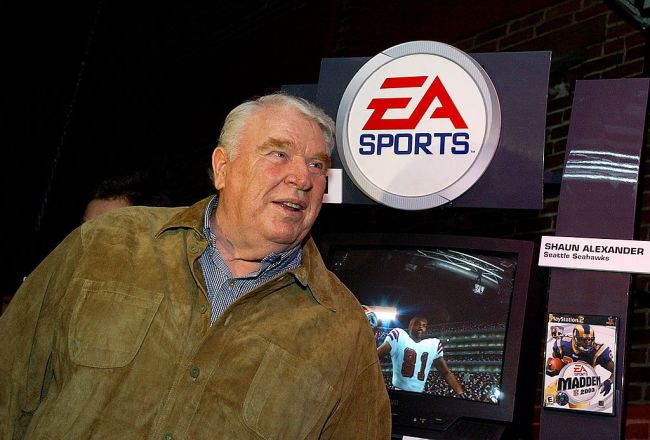 It didn’t take long for someone to try to cancel John Madden after his death.

On Tuesday night, it was reported that the legendary sports broadcaster had died unexpectedly at the age of 85-years-old.

About a half-hour after the announcement of Madden’s death, an “independent journalist” with over 250k Twitter followers took a shot at the former NFL coach turned announcer for glamorizing brain injuries in his video games. 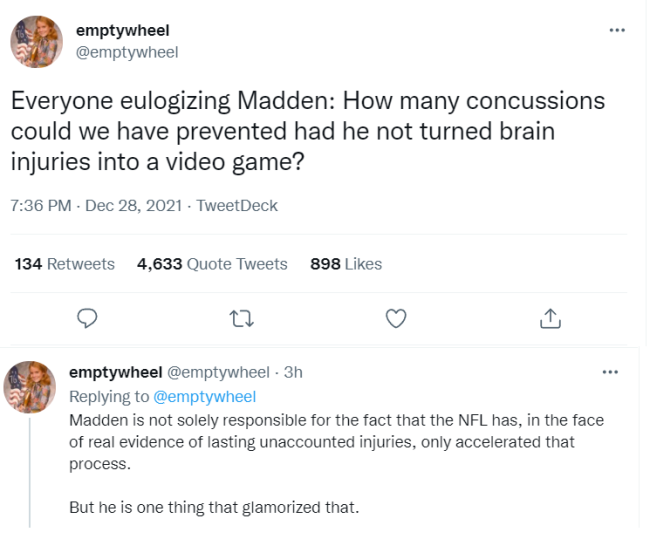 Fans immediately noted that Madden was a strong advocate for showing the adverse effects of concussions in his video games and openly spoke out against children tackling each other at a young age. 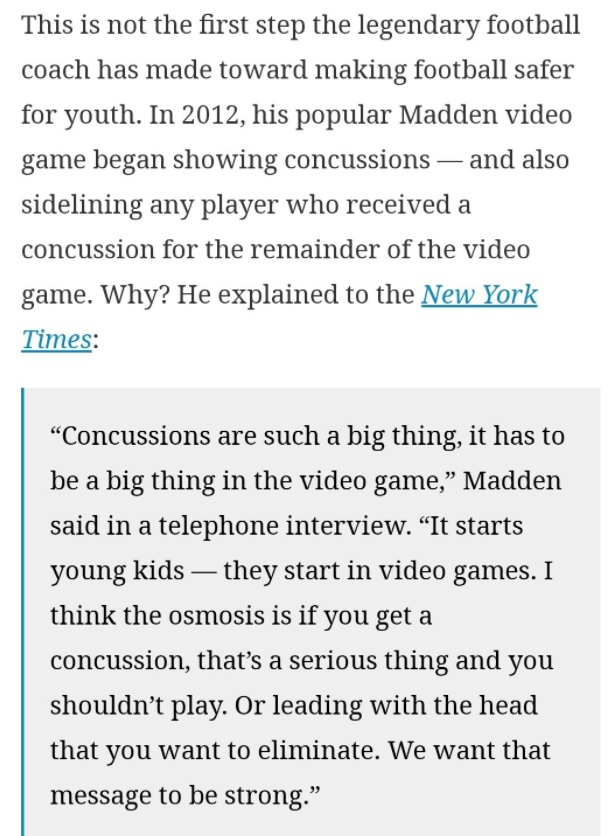 1993: I've pointed out several times how Madden was the perfect combination of entertainment/education as an announcer/champion coach. In #NYGiants Wild Card win over Vikings, McMahon was KO'ed 3 times. He gave his thoughts on concussions before CTE was widely known by the public pic.twitter.com/BdsFeY9JRu

Important to remember about John Madden: He was perhaps the first high-profile football guy to call for flag football for kids. “Why do we have to start with a six-year-old who was just potty trained a year ago and put a helmet on him and tackle?”https://t.co/47Qs1jhcPl

Emptywheel received plenty of backlash over the Madden tweet.

I can’t imagine there will ever be a more perfect use for this meme. pic.twitter.com/WeQmAgs1Lp

How many concussions did this cause? pic.twitter.com/9ZPRazcEGL

Imagine how many wars we could have prevented if Black Ops hadn't been so awesome https://t.co/75ddk3d6nw