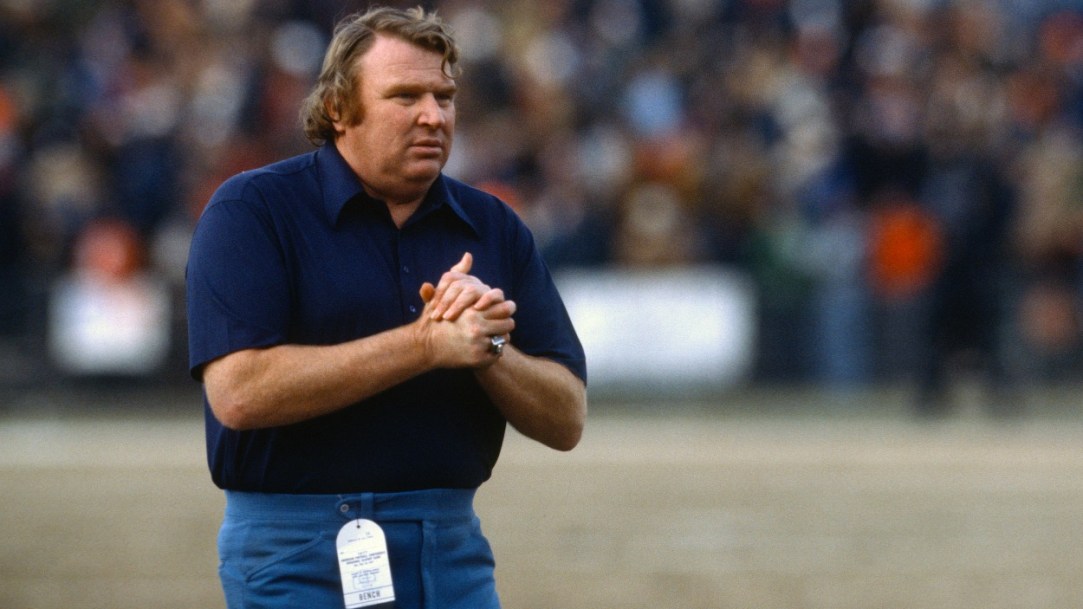 John Madden was an NFL fixture on Thanksgiving for years. In 1989, Reggie White was the first-ever recipient of Madden’s ‘turkey leg’ award which was gifted to the star of whichever game he was broadcasting.

Turkey Day has always been John Madden Day in the NFL, at least in my lifetime. So it makes perfect sense the NFL is launching a new tradition this year to honor the late great sportscaster.

This year marks the first-ever John Madden Thanksgiving which will feature various tributes on and off the field to Madden. Josh Dubow of the Associated Press broke the news of the NFL’s newest tradition. He writes that this year’s ‘Madden Player of the Game’ will receive ‘a $10,000 donation made in their name by the NFL Foundation to the youth or high school football program of their choice.’

On the field, ‘John Madden Thanksgiving’ will be painted on the 25-yard lines. And players on both teams will be wearing patches that feature John Madden with his fists up in the air.

Going forward this will be an annual event (held on Thanksgiving, of course). NFL Commissioner Roger Goodell said “no one cared more or contributed more to our game than John Madden. Honoring his memory and impact on the NFL is important and Thanksgiving Day brings all of the elements significant to John to life — family, football, food and fun.”

The NFL world is LOVING this John Madden Thanksgiving tribute

NFL will honor the late John Madden every Thanksgiving starting this year: There will be a special "John Madden Thanksgiving" logo placed at the 25-yard lines at each game and a sticker on the back of each player's helmet with the iconic image of Madden with his fist in the air. pic.twitter.com/TgE8327lip

Let’s try not to be too picky:

If this isn’t the logo, we have failed as a society pic.twitter.com/E9JCzYzyG6

R.I.P. to John Madden, one of the truly legendary figures in the history of football.https://t.co/Z9WCDFzkWI