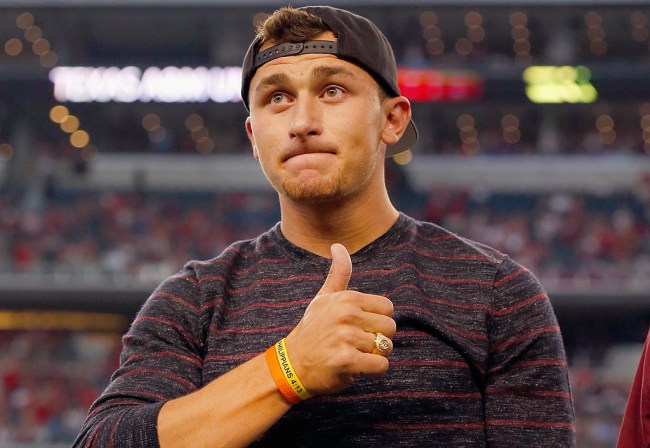 Johnny Manziel is officially back. The disgraced former Cleveland Browns QB, who has been out of the NFL for nearly two years, announced early Saturday morning that he had signed with the CFL in attempt to eventually get back in the NFL.

Made the decision today to sign my contract with the CFL and further my football career after a long break. Very grateful for everyone that’s been supporting me along the way. I believe this is the best opportunity for me moving forward and I’m eager for what the future holds.

Manziel will play for the Hamilton Tiger-Cats, who owned Manziel’s exclusive rights and had attempted to sign him to a contract back in January. Hopefully Johnny can prove himself this season up in Canada and maybe one day we can see him in an NFL jersey again.