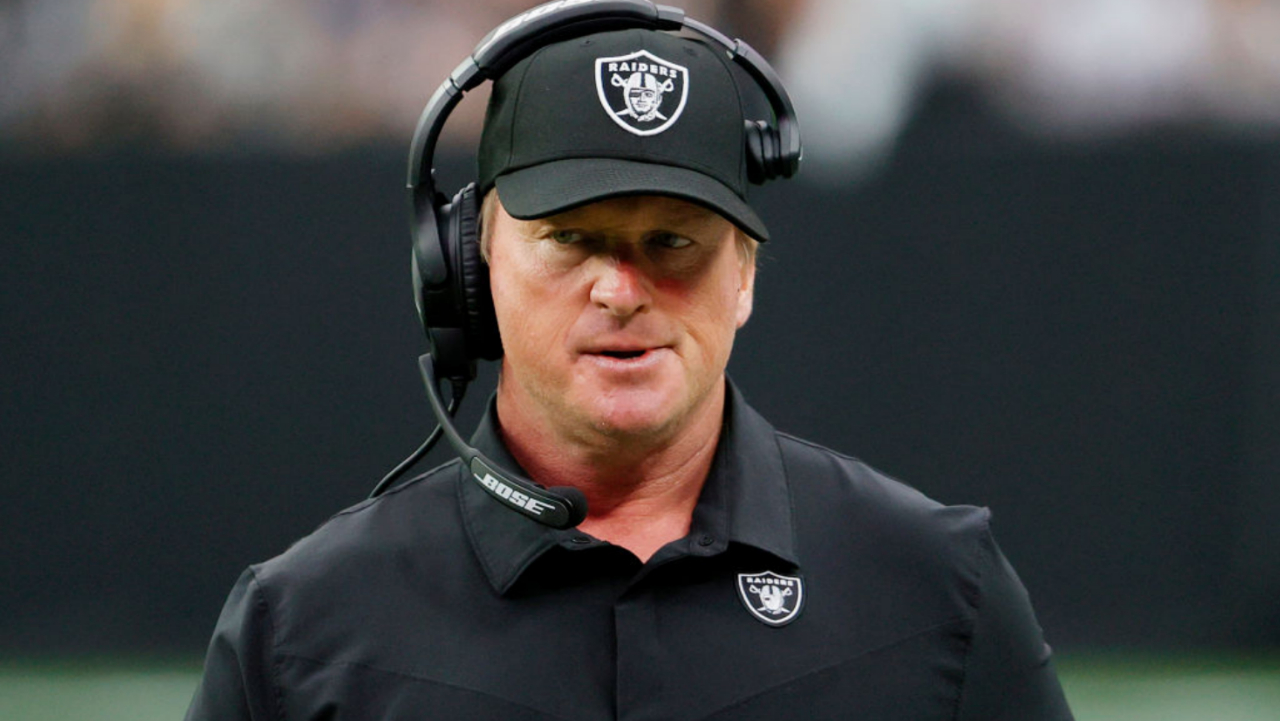 It’s been nearly a year since Jon Gruden’s infamous emails were leaked and he was fired from his job, but it appears the former Raiders head coach is ready to be seen in public again.

Last October, Gruden was fired by the Raiders when his misogynistic, racist, and homophobic emails were leaked to the NY Times.

On Tuesday, Gruden, who is currently suing the NFL over the leaked emails, spoke to the Little Rock Touchdown club and asked for forgiveness for the email scandal. Gruden went on to say that he hoped he would one day coach again.

“I’m ashamed what has come about in these e-mails and I’ll make no excuses. It’s shameful. But I’m a good person. I believe that. I go go church. I’ve been married 31 years. I’ve got three great boys…I just ask for forgiveness and I hope I get another shot.”

Jon Gruden at the Little Rock Touchdown club commenting on the emails that ended his NFL coaching career. pic.twitter.com/1ClcWtdTRn

During his appearance, Gruden also slammed his former employer ESPN for being dishonest in their news coverage.

There’s a lot of misunderstanding out there right now, what you read, what you hear, what you watch on TV, hell I worked at ESPN for nine years…I don’t even want to watch the channel anymore because I don’t believe everything is true and I know a lot of is trying to get people to watch, but I think we gotta get back to reality