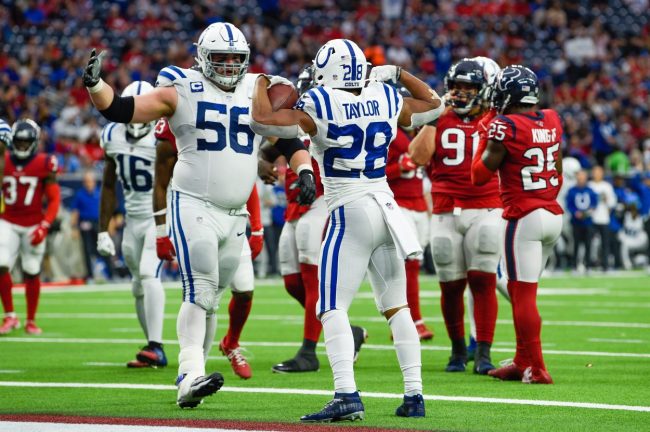 When it comes to success in football, there is none without a strong offensive line. In terms of quantifiable statistics, the Big Uglies may not jump off of the page, but they are often more important than skill position players in terms of wins and losses.

Taylor, a second round draft pick in 2020, played his college football behind a big offensive line at Wisconsin and became the first player in history to rush for more than 6,000 yards in any three-year span. In his second year with the Colts, he led the NFL in rushing.

A big part of his impressive, 1,811-yard, 18-touchdown season, was his big offensive line paving the path. Taylor knows that and took great care of them after the season.

During the most recent episode of HBO’s ‘Hard Knocks: In Season,’ Taylor gifted his trench warriors with their own Louis Vuitton bags.

Taylor’s love for Louis Vuitton has been documented in the past. He wore a custom mouthpiece in college.

Now he’s taking the opportunity to spread the love to his big fellas up front.