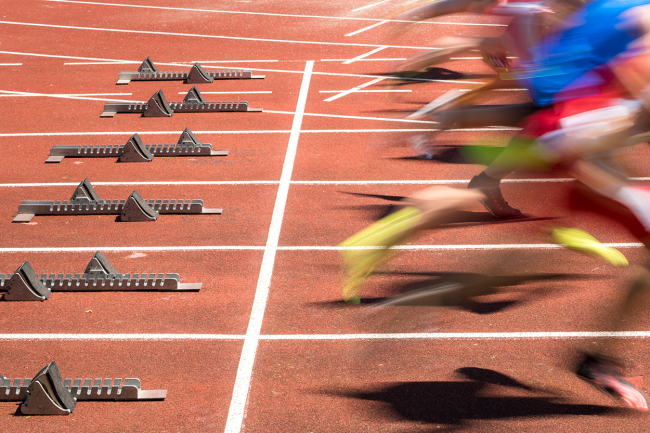 Tyler Legacy High School defensive lineman Jordan Renaud is an absolute animal. The Texas-native is a four-star recruit in the Class of 2023 and has 26 offers from D-I schools around the country.

Renaud is currently ranked by On3 Sports as the No. 66 overall prospect in his class and the No. 12 defensive lineman in the country. He stands 6-foot-4 (and some change), 245 pounds as a junior in high school.

That by itself would be impressive, but when you factor in his speed, Renaud is a freak of nature.

Obviously, when he is running, Renaud sticks out like a sore thumb. He is huge and his competitors around him are not anywhere close to his height or his weight.

And yet, despite the size gap, Renaud is right in the mix. He is unbelievably fast for his size.

Tyler Legacy’s associate head coach Charles Moss recently posted a video of his defensive lineman competing in the 100-meter dash and he can be seen (wearing black in the middle) turning on the jets to finish comfortably in the middle of the pack.

It’s hard to miss him, take a look:

While a non-podium finish would not typically be impressive in the event, for Renaud to stick with some of the state’s top sprinters at his size is almost more impressive than a normal-sized high schooler finishing top-three. The big fella can MOVE.

Renaud dropped a Top 8 earlier this year and is considered a heavy Texas A&M-lean.

Michigan makes the Top 8 for 2023 Tyler (TX.) Legacy DL Jordan Renaud@JordanX7even is the No. 66 prospect according to the 2023 @On3Recruits consensus. pic.twitter.com/AI90XE3KTN

Wherever he ends up, Renaud is going to be a PROBLEM.