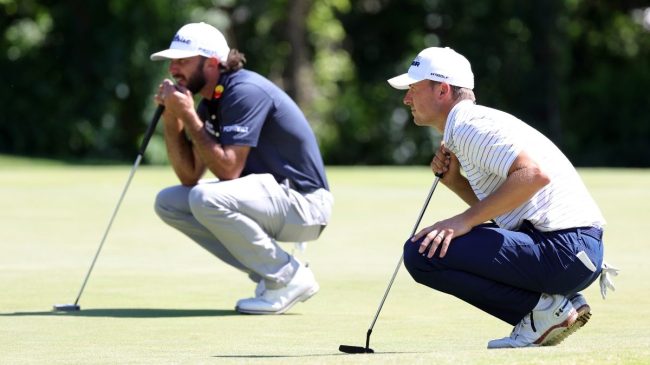 Team USA was able to walk away with its ninth straight victory in the President’s Cup. They looked dominant throughout the coveted tournament, which led to a big win once again. However, all eyes are on Jordan Spieth and Max Homa, as their contributions helped lead the USA to victory.

According to ESPN Stats & Info, both Speith and Homa dominated the tournament. So much so, that Jordan Spieth turned out to be the first player from the USA since Jim Furyk (2011) to go 5-0-0. Meanwhile, Max Homa is the first President’s Cup rookie to go 4-0-0 since Stewart Cink (2000). Because of these two, America was able to lock down its ninth straight title.

Additionally, it sounds like Homa had one hell of a night celebrating with his teammates. Early Monday morning, the young golfer provided a hilarious update. One can only assume he’s dealing with a massive hangover. But hey, it’s probably all worth it since he, Jordan Spieth, and their teammates took home the cup on Sunday night.

Update: I am unwell

We may see this same team back in action next year, as the President’s Cup is set to be in The Royal Montreal Golf Club in Quebec, Canada.