Josh Allen Made An Impossible Throw To Win On Thanksgiving 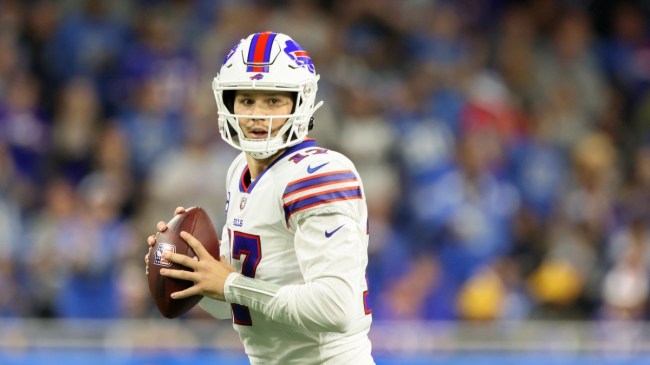 And, on Thanksgiving Day against the Detroit Lions, the Bills were in a surprising dogfight. The Lions tied the game with a late field goal and it looked to be headed to overtime. But, Josh Allen had other ideas.

Josh Allen on a rope to Stefon Diggs. pic.twitter.com/vhJr1hnCn4

How did he fit that in here?

This angle is even more impressive. To throw a ball that far that only gets that high on the ground is some superhero stuff.

It’s possible that if any other quarterback in the league tries this same throw, it’s an interception. Not for Josh.

It set up this kick to win the game for Tyler Bass, who knocked it through.

THE KICK IS GOOD! @BUFFALOBILLS TAKE THE LEAD WITH 2 SECONDS LEFT.

Quite the win, given Detroit scored with only 23 seconds remaining in the game.

Josh Allen getting the ball back with 23 seconds left on the clock. pic.twitter.com/DcTiDZN9E3

Buffalo is now 8-3 and they travel to New England for a crucial Thursday night game next week.