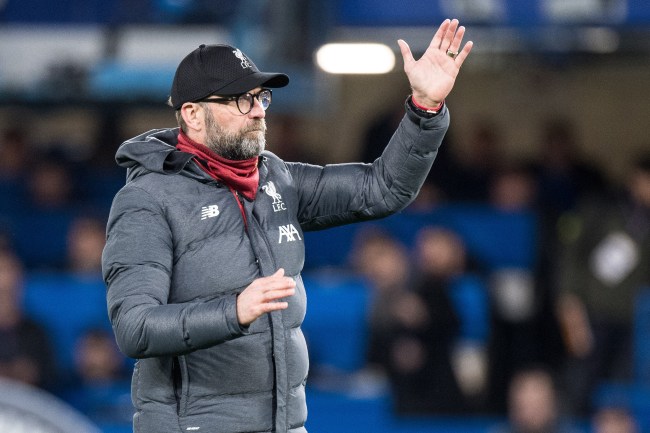 After looking virtually invincible for months, Liverpool suffered its third defeat in four games across all competitions (FA Cup, Premier League, and Champions League). They are still the best team in the world and I don’t think anyone with a level head on their shoulders would argue otherwise.

After Liverpool’s loss yesterday to Chelsea in the FA Cup’s 5th round, Reds manager Jurgen Klopp was asked an array of questions from reporters in the post-match press conference. One reporter thought to ask Klopp about something that’s on pretty much everyone’s minds in the world: the spread of COVID-19/Coronavirus.

If I ever needed advice about anything pertaining to soccer there’s pretty much nobody on the planet I’d rather speak to than Jurgen Klopp. He’s an expert in all-things soccer. But when it comes to the spread of infectious diseases there isn’t a single reason I can think of that Jurgen Klopp would ever be my go-to person for advice. As it turns out, he feels the same way.

When the reporter asked him about the spread of Coronavirus/COVID19 he flipped it right back on the guy and gave an answer that pretty much every famous person/celebrity on the planet needs to see.

Jurgen Klopp's response when asked about Coronavirus is absolutely class. This man speaks so much sense, absolutely spot on. 👏 pic.twitter.com/NlfxlNQ9Iu

“What I don’t like in life,” he began, “is that a very serious thing … a football manager’s opinion is important, I don’t understand that … it’s not important what famous people say. We have to speak about things in the right manner, not people with no knowledge like me. I wear a baseball cap and have a bad shave.” (via For The Win)

Just because someone has a microphone in front of them with access to millions of fans it doesn’t mean they need to give their opinion on everything, and that’s pretty much what Klopp had to say here. It’s refreshing to see a figurehead such as Klopp shut down that line of questioning in an appropriate way while managing to not be an asshole to the reporter.

Be VERY VERY wary of fear mongering and the spread of misinformation as this disease continues to spread across our country. The cases are going to spike exponentially in the coming days because they’ve only just now ramped up proper testing but that’s not a cause for alarm, it’s already been here for weeks, and while what I’m saying is 100% factual you should still do your own homework on this instead of listening to me because I’m not an infectious disease expert, I’m just a guy who’s been losing sleep over this.