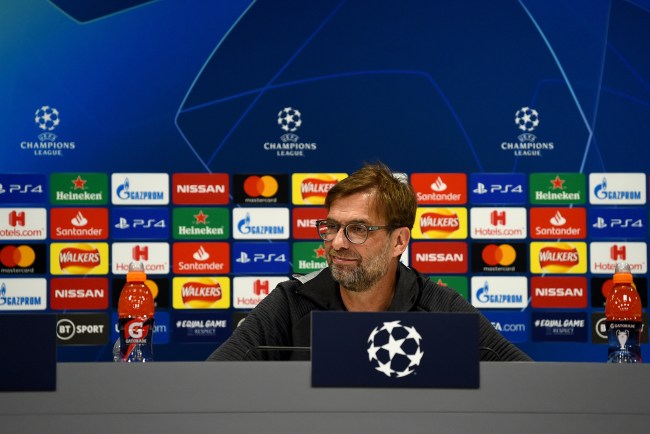 While the coronavirus has been an absolute net-negative for us as a species — I’m a huge anti-corona virus guy, not to virtue signal or anything, just stating a fact — I have found one, minuscule silver-lining: conservative Americans who generally don’t give a flying horseshit about soccer have become aware of the existence of Jurgen Klopp.

It all began last week when Fox Sports’ Clay Travis shared a video of Liverpool manager Jurgen Klopp — or as his uncultured ass referred to him as, “soccer coach” — savagely windmill dunking on a reporter for asking him about the coronavirus.

Klopp’s premise is essentially this: his opinion does not matter just because he’s a football manager. Naturally, though, all the MAGA folks in Travis’ mentions — completely unaware of how frequently Klopp expresses his liberal views (here he is shitting on Brexit) — were quick to say things like “take notes, Kerr and Pop!” or “learn a lesson from this guy, LeBron!”. Clearly, they missed the point: Klopp is saying that his opinion, in this regard, is irrelevant — he’s not saying he shouldn’t be allowed to share it.

Then, yesterday, Klopp was at it once again, as he pointed out the absurd hypocrisy of a journalist from Madrid — who flew hundreds of miles across national borders during the middle of this said crisis — to ask a football manager if he’s worried about the said crisis.

Jurgen Klopp continues to murder media members who ask him about the coronavirus. pic.twitter.com/6aBl52ytBQ

So, my fellow and also hopefully healthy Americans, if you were uninitiated before, now you know: Liverpool manager Jurgen Klopp is a god damn legend.