Kamaru Usman And Jorge Masvidal Get Heated, Yell Obscenities At Each Other, And Nearly Fight During Super Bowl Miami Media Event 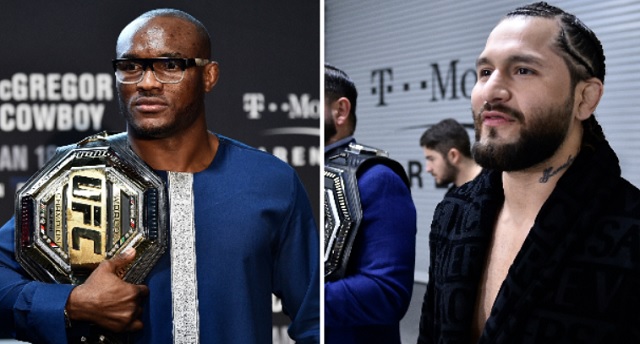 It seems like Jorge Masvidal is gunning for UFC welterweight champ Kamaru Usman instead of Conor McGregor.

Both Masvidal and Usman started talking trash to each other while at Super Bowl Miami media event and had to be separated from each other.

During the exchange Usman, who has an 11 fight UFC winning streak, was heard yelling “you’re talking tough” while Masvidal responded by saying “you got a cast on, bitch. You’re lucky. That’s the only reason why nothing is happening.”

Make. The. Fight! 🔥@GamebredFighter and @USMAN84kg ‘having a chat’ on Radio row at the Super Bowl 😂

Lil bitch brought his camera to try and flex and act hard. I was dolo and If you wanted to do something you could have tried but you didn’t lol 😂 #youplayedyourself #cloutchaser #tookanotherL

The Usman-Masvidal beef comes a week after Masvidal’s agent took to Twitter to claim that the fight wasn’t happening because Usman is injured.

It’s clear that these two are going to fight and this is just hype to get fans interested.