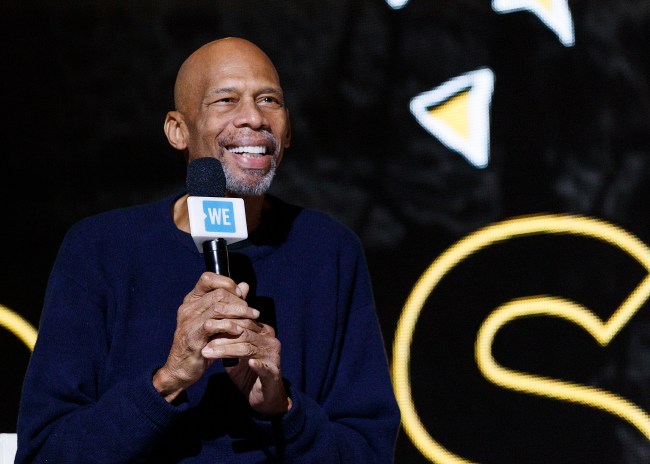 There were plenty of noteworthy games in the career of Kareem Abdul-Jabbar. Now, a basketball from one of those games is available for auctions and is expected to fetch a hefty sum.

The game the ball came from was the last regular season game of Kareem’s career. In that game, he scored the final 10 points of his record 38,387, a record that still stands.

After the game, he signed the ball and inscribed it with “Last Reg Season Game Ball 4/89” and his career point total. While it might not be the flashiest item to own from Kareem’s career, it is still expected to sell for a ton of money.

Numbers like that make you wonder what the game-used basketballs from some of the bigger moments of his career might be worth. The man was a 19x NBA All-star, 6x NBA champion, 2x Finals MVP, and 6x NBA MVP.

There also must be a ball out there that was used to break Wilt Chamberlain’s career scoring record and one Kareem used when he broke the record for career games played.

With the expectations for this ball, you’d have to think that the ball he broke Wilt’s record with would sell for an exorbitant fee. The same could likely be said for any of the balls from the games that clinched any of Kareem’s 6 titles.

With the prices collectibles command these days, this auction is sure to see some massive bids for a piece of NBA history.