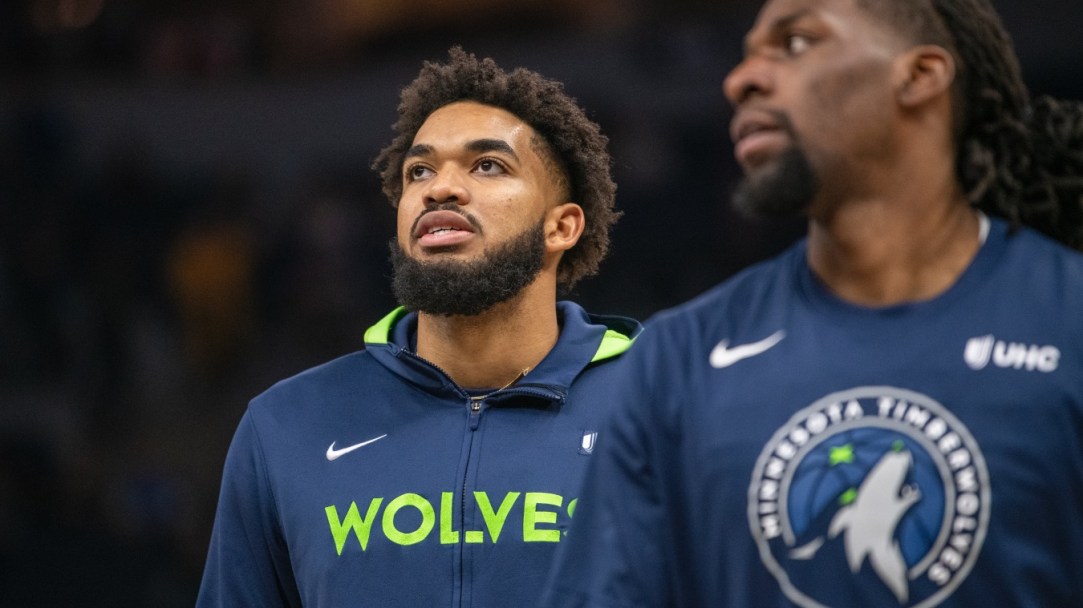 Minnesota Timberwolves big man Karl-Anthony Towns aka KAT just turned 27 years old and celebrated his birthday in style. His long-time girlfriend Jordyn Woods led him into a private room where KAT was holding two bottles of wine only to be surprised by those closest to him.

The room looked incredible. But it was the Louis XIII Remy Martin Cognac which retails around $4,000/bottle. It used to be around $2,500/bottle but those prices have skyrocketed. And that’s just the retail price of this rare cognac.

A ‘shot’ of the Louis XIII Remy Martin cognac can cost upwards of $250 depending on where you are drinking. And a bottle of this rare cognac Karl-Anthony Townse was drinking for his birthday could easily cost 5 to 10x at a club with the markup in price.

Karl-Anthony Towns, his girlfriend Jordyn Woods, and friends shard pictures from the private birthday party including the several thousand dollar bottle of cognac:

Jordan Woods gifted Karl-Anthony Towns a sick diamond bracelet for his 27th birthday which can be seen in those Instagram posts above. All in all, it looked like what I’d expect a 27-year-old NBA star’s birthday party to look like: expensive wine, cognac, sushi, gifts, and luxe decorations. It was all tasteful and I guess my personal invitation got lost in the mail or something…

Here is a brief history of the Louis XIII cognac:

And here is a side-by-side tasting of Louis XIII cognac versus Jack Daniel’s for the real ones out there who are curious:

At the end of the day, a few thousand dollars on cognac at a birthday party is nothing for Karl-Anthony Towns. He signed a 4-year, $224M super max extension with the Minnesota Timberwolves this Summer. He is earning $33,833,400 this season and $36,016,200 next season. After that, KAT’s earnings jump to between $50M-$62M/season for the following four seasons. Must be nice.