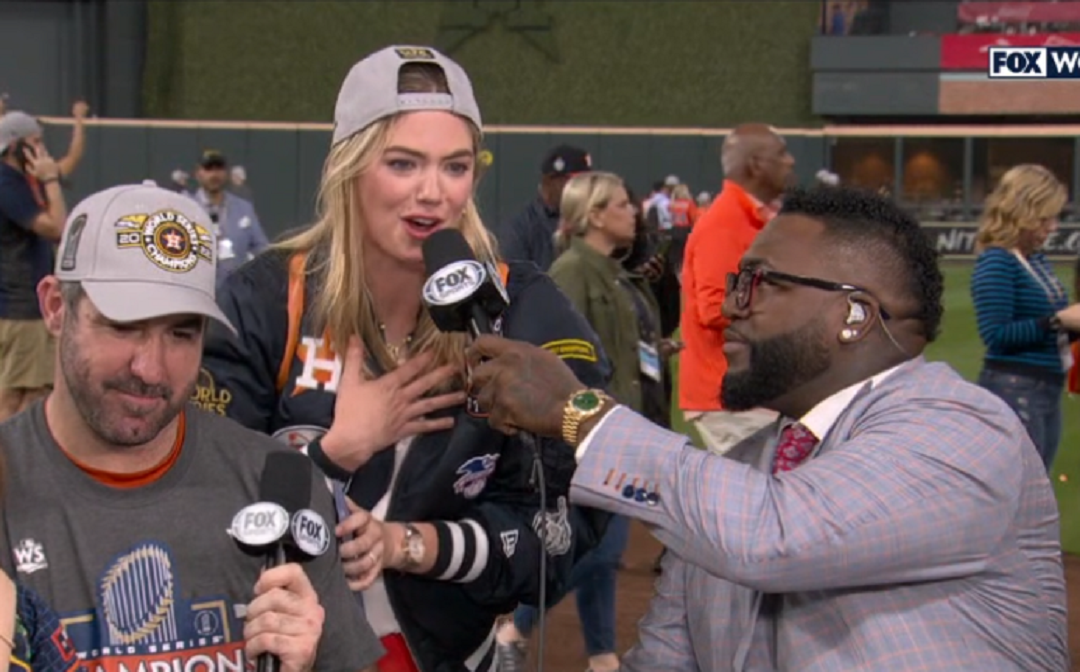 Kate Upton is not going to pressure her husband Justin Verlander to retire like Gisele Bundchen is doing with Tom Brady.

On Saturday night, Verlander and the Houston Astros won the World Series after defeating the Phillies 4-1 in game 6 of their series.

After the game, Upton was asked by David Ortiz if she wanted Verlander to retire now that he’s getting old and is a family man.

Upton responded by saying she loves watching her husband do what he loves and wouldn’t pressure him to retire.

“I love watching my husband do what he loves, to see him do his craft, he’s such an artist out there when he’s pitching it’s truly so creative, it’s such an art and we are so honored to be a part of it.”

Kate Upton asked if she wants Justin Verlander to retire “I love watching my husband do what he loves” pic.twitter.com/9wvZU4IchN

She should've gave Gisele some pointers on how to support HER man. https://t.co/htKYfJJ2WH

Kate Upton with the answer Brady wished to hear from Gisele 👀