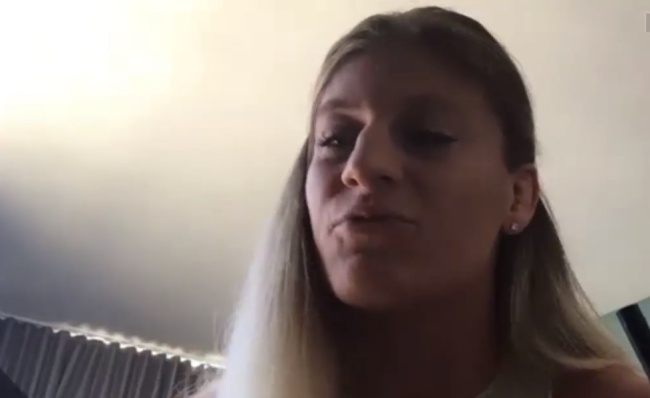 Things got a bit awkward during a media call leading up to this week’s PFL playoffs.

On Monday two-time American Olympic judo medalist Kayla Harrison and Genah Fabian met with the media via a conference call to discuss their upcoming fight on Thursday on ESPN 2. During the Q&A portion of the call, MMA journalist “Millz” from Pub Sports Radio called “Genah” a “pretty woman” while also mispronouncing her name during a question.

Millz was immediately called out by Harrison who felt the question was a bit “disrespectful.”

“Hey, I got a question for you,” . “If you were interviewing a guy, would you say to him after pronouncing his name wrong, would you say, ‘Hey, by the way, you’re a really handsome guy, but oh, you can fight, too.’ Would you say that to a guy? No. You just base how you talk to them based off of their skill and based off of them as a human being. Not, ‘Oh, you’re a beautiful man.’ I mean that’s pretty disrespectful. She’s a professional.”

Media member calls MMA fighter @GenahFabian a "pretty woman" during a press call, and gets called out by Kayla Harrison @KaylaH over his terrible question. pic.twitter.com/kGb0kmgLIJ

Update: Harrison shared a classy comment following her exchange with the media member.

To the reporter I called out today, I just want to say, I know you’re not a bad guy. It wasn’t personal and I hope you know that. Sending you good vibes. 🤗