There’s traditionally been no better way to feel terrible about how little you’ve achieved in life than tuning into a college football game or cracking open a beer at noon during March Madness only to remember that half of the athletes you’re watching aren’t even old enough to legally order a beer with dinner.

However, if you really want to feel old, there’s nothing better than taking a quick glance at the current landscape of skateboarding, a sport that is quickly being taken over by a new generation of people that can’t even get into an R-rated movie without being accompanied by a parent or guardian.

Last month, Japan’s Momiji Nishiya and Brazil’s Rayssa Leal respectively secured the gold and silver at the women’s street event at the Tokyo Olympics at the age of 13, and earlier this week, Kokona Hiraki saw and raised them when she refused to let the fact that she’s 12 years old prevent her from snagging the second spot on the podium in her home country after winning the silver in the park competition.

Now, Australia’s Keegan Palmer will be hoping to keep that trend going when he represents Australia in the men’s park tournament.

Who Is Keegan Palmer? 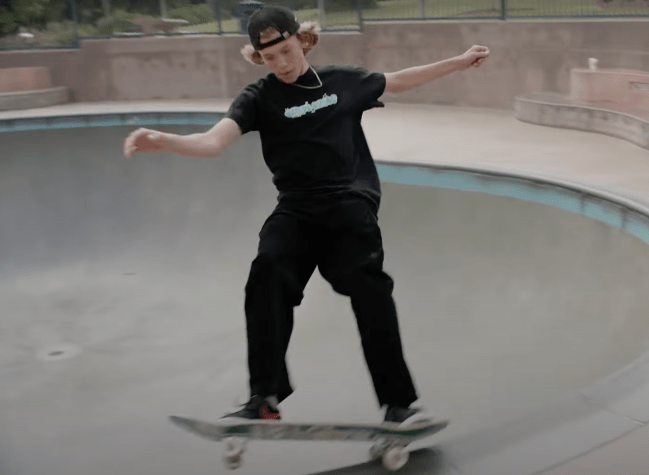 While he may be a relatively ancient 18-year-old, Keegan Palmer may be able to use his old age to his advantage when you consider he’s been training for his big moment for the majority of his life. He started skateboarding when he moved to Australia as a kid and has never looked back, as he turned pro when he was 14 before eventually turning his attention to the Olympics.

I recently chatted with the founder of a skateboarding charity who shed some light on why teens are suddenly Having A Moment, and he noted that the new generation of skaters have access to coaching and training that didn’t really exist when it was primarily viewed as a hobby reserved for society’s disaffected outcasts.

Palmer recently sat down with Whistle to chat about the journey that brought him to the Summer Olympics. He also invited a camera crew to film him doing his thing in the gym, saying the dedicated training regimen has “definitely upped my game to another level” by boosting his endurance and allowing him to get more air while doing his thing. 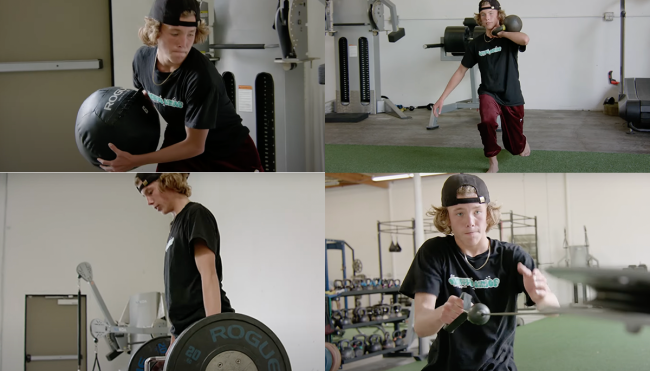 Will it pay off? We’ll find out when Keegan Palmer makes his Olympic debut on Thursday.