Kendrick Perkins Argues That LeBron James Is The Greatest Player Of All-Time, Not Michael Jordan, In Passionate Rant 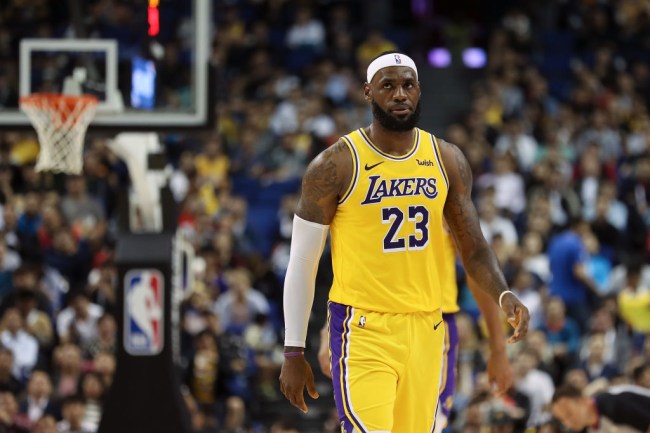 The LeBron James vs. Michael Jordan debate is something that will be a part of your life until you take your last breath. That may be a little dark, but it’s a fact. It’s hard to imagine life before the James vs. Jordan debate wasn’t a segment on SportsCenter every single day and with ‘The Last Dance‘ taking over everyone’s lives over the past month, the debate has ramped up even more so.

While some people look at each player in two completely different lights given the fact they played in different eras, most people out there are ride-or-die for either James or Jordan.

ESPN recently put out their latest rankings of the greatest NBA players of all-time and gave MJ the No. 1 spot and had James at No. 2. It turns out that Kendrick Perkins doesn’t agree with the list, not one bit. He joined ‘Get Up’ and went on a passionate rant while arguing why James is the greatest of all-time, not Jordan.

Numbers and stats are one thing, but Perkins took things a step further in explaining that James does in fact have that ‘killer mindset’ that MJ was so well-known for. He also pointed to him going back to Cleveland and winning an NBA Championship as a major factor as to why he’s the best to ever do it.

“And then please don’t get me started with the conversation, ‘Oh, LeBron James don’t have that killer mindset like Michael Jordan.’ Oh, give me a break. Remember when LeBron James left the Cleveland Cavaliers his first time and he went down to Miami Heat? You remember the whole letter [Cavs owner] Dan Gilbert wrote about LeBron James? He called him everything under the sun. He called him a Benedict Arnold. And LeBron James took it. What did LeBron James do after he won his next two titles with the Miami Heat? He said, ‘You know what? I owe the city of Cleveland, the state of Ohio, I owe all the Cleveland Cavaliers fans around the world a championship.’

At the end of the day, Perkins’ opinion doesn’t mean a whole lot because this debate is going to rage on until the end of time.