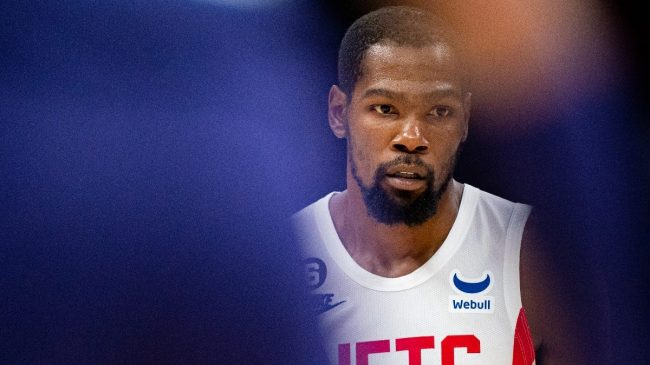 With Dan Snyder finally opting to sell the Washington Commanders, interest is beginning to grow for potential buyers. It should become a solid bidding war, especially with people like Jeff Bezos and Byron Allen showing interest. It sounds like the Brooklyn Nets superstar forward Kevin Durant is entering the chat.

According to ESPN, Durant claims, “he is hopeful that he can be part of the organization’s new ownership group if the opportunity ever presented itself.” The Nets’ star doesn’t have the finances to make a purchase big enough to be the controlling owner. However, he could definitely join an ownership group.

Whoever ends up buying the Commanders is going to pay a hefty price. According to Ian Rapoport, the franchise could be worth up to $7 billion. If that’s the case, Kevin Durant could join forces with several potential buyers to own the organization.

On the #Commanders possible sale: My understanding is that number could reach $7B with a timeline of the March league meeting if all goes well. https://t.co/qWa4LxE0zy

We won’t know who the new owner or ownership group will be for quite some time. If Kevin Durant is patient, then the Nets star could potentially become a part-owner of the Commanders.