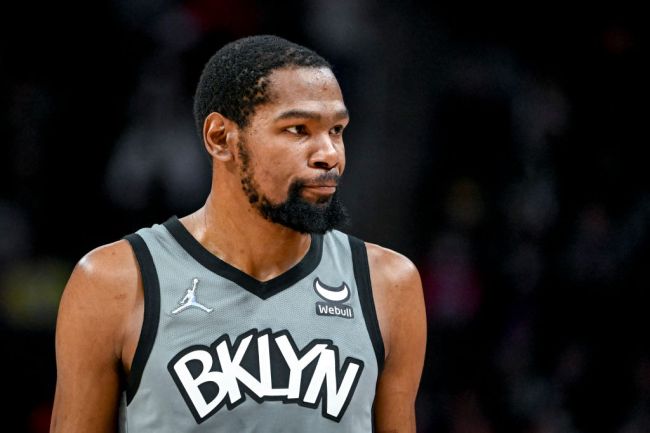 Kevin Durant is not a fan of Skip Bayless.

On Tuesday night, Durant had an incredible game to lift the Nets, who were missing several players due to the NBA’s health and safety protocols, over the Toronto Raptors in overtime.

Kevin Durant is the 1st player in the Nets NBA history (since 1976-77) to record a 50-point game and a triple-double in consecutive games.

After the game, the FS1 host complimented Durant while also taking shots at his longtime nemesis LeBron James.

The Best Player on the Planet was at it again tonight in Brooklyn, going assassin in overtime for the COVID-rocked Nets. Nothing like Kevin Durant. You watch, Bron?

Steve Nash just said forfeiting was an option tonight because they wouldn't have enough bodies. Kevin Durant was iffy on a bad ankle. But KD insisted on playing, played 48 minutes (sometimes with 4 rookies) and Nets won in OT. Best record in East by 2.5 games! KD MVP!!!

Durant responded to Bayless with a simple tweet to show his disdain for the hot-take sports analyst.

It seems unlikely that KD will ever be on Undisputed as a guest.