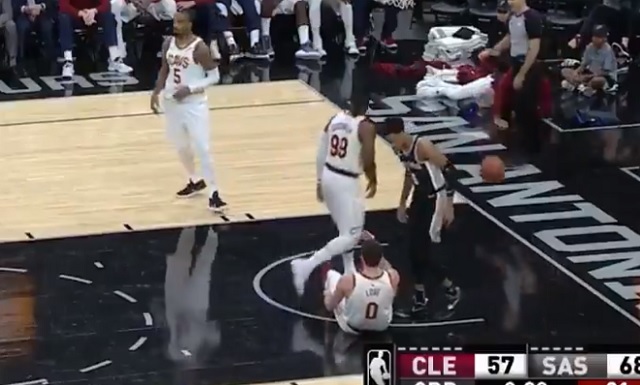 Kevin Love doesn’t seem to be well liked by his teammates right about now. Yesterday, ESPN’s Adrian Wojnarowski reported that several Cavs players confronted Love and accused him of faking an illness to get out of a game against the Thunder over the weekend.

During today’s Cavs-Spurs game several people on the Internet noticed how none of Love’s teammates helped him up when he was knocked to the ground.

Love can't even get anyone to help him up… pic.twitter.com/EOWcCg5JNr

The Cavs seem to be imploding right before our eyes. We’ll see if the team trades Love amid all the animosity his teammates currently have for him.