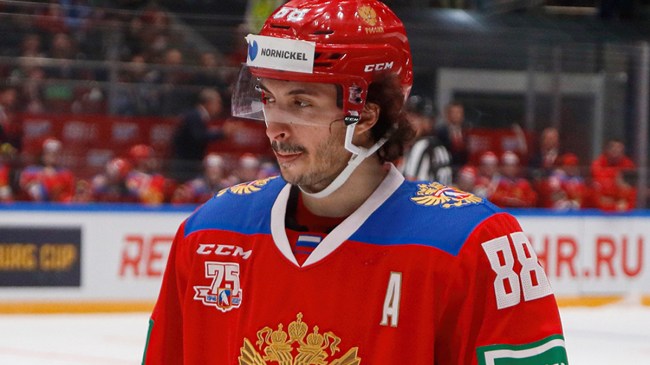 It’s kind of wild to think it took the NHL as long as it did to spice up the overtime periods that frequently ended with a whimper instead of a bang prior to the start of the season in 2005, which saw the league officially eliminate ties with the help of the shootout that now decides the winner of any game that’s not decided by the time the extra five-minute period wraps up.

There were plenty of hockey purists who disagreed with the change at the time, but it’s very hard to argue it didn’t change things for the better by not only adding a new level of intrigue but giving players a chance to showcase their talents in the one-on-one showdowns that were previously reserved for penalty shots.

That reality was highlighted by one of the more memorable goals to come out of the shootout’s inaugural season courtesy of Rangers defenseman Marek Malik, a man who seemingly had no business pulling out the move he deployed to give his team a win against the Capitals.

There are plenty of other people who’ve showcased similarly impressive moves and the kind of dekes capable of making a goalie question their decision to ever put on the pads in the first place.

However, I’m not sure if anyone has managed to pull off anything more mind-blowing than what Nikita Tertyshny of the KHL’s Traktor Chelyabinsk treated us to when his team faced off against Avtomobilist Yekaterinburg in the preseason Governor’s Cup tournament.

Tertyshny got a chance to go head-to-head with goaltender Igor Bobkov in a shootout over the weekend and, well, it’s safe to say he took full advantage by showcasing a filthy dangle that saw him score after lifting the puck off the ice before tapping it out of the air and into the goal in one smooth motion.

I can only hope no one shows this to John Tortorella, because the Flyers will likely need to find a new coach when his head explodes after watching it.