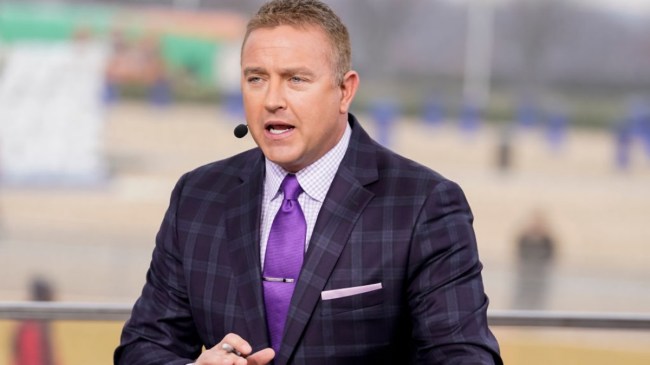 This season has been a tough one for the Auburn Tigers. They currently hold a record of 3-5 and are in danger of not making a bowl game this year.

Fans surely already find themselves looking to next year in the hope that things will get better for this program in the future with a new coach.

Unfortunately, it seems the program may have a tough time finding a coach who can turn things around for them.

Today, Kirk Herbstreit discussed the Auburn job on College Gameday and revealed that it might not be particularly attractive to some coaches.

Kirk Herbstreit explains what is wrong at Auburn and why it may not be an attractive job https://t.co/x8VeAsQhTI

Here’s what Herbstreit had to say about the job via Saturday Down South:

Auburn is one of those jobs when you’re winning, everything’s great,” Herbstreit said, via Saturday Down South. “You go into restaurants in the local town and everyone supports you and your family. All of a sudden, things get off the tracks, get rid of him, rumors are starting. Now, all of a sudden, it’s affecting recruiting and the overall feel of the program. I think we’ve seen a lot of examples of that.

It’s almost to the point where it’s like, ‘Who would want to take that with that potential underbelly getting in your way?’ So, to me, if I become a candidate, the first thing I’m going to do is get the score of the game. ‘John (Cohen), are you going to be willing to work with me? Because I’m not dealing with that B.S. If you’re going to let that impact me, then I’m not taking the job.’
“So, I don’t know how you do that? I don’t know how you talk to the guy who’s in charge of hiring this and say, ‘Can you control that?’

That pants a bleak picture of what’s ahead for Auburn as they try to return to being a contender in an SEC that somehow seems to continue to get tougher.