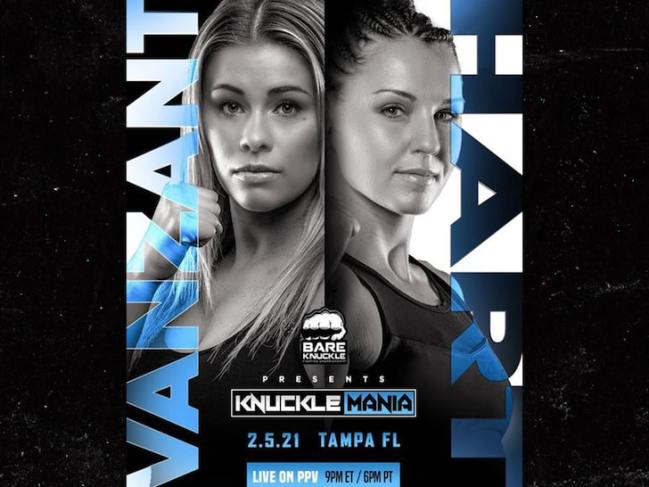 This Saturday, on February 5th at 9 p.m. EST from the RP Funding Center in Lakeland, Florida, the Bare Knuckle Fighting Championship (BKFC) is hosting its KnuckleMania, which is available to watch on major platforms via PPV, as well as on FITE.TV. While there’s a lot to look forward to on the main card — specifically the headlining matchup between Paige VanZant and Britain Hart, which is VanZant’s debut in the BKFC — let’s not overlook the prelims.

The prelim fights feature some solid bouts to look forward to as well, and they’re all FREE to stream on YouTube, with the action starting at 8 p.m. EST. Here’s a look at those scheduled fights.

Now, considering the KnuckleMania prelims will be the perfect appetizer for the main event, you might as well sit back and watch the free stream on YouTube before diving into the main course. Just look at the main card schedule and start to salivate, because these are bound to be insane fights.

How Much Does The BKFC ‘KnuckleMania’ Main Event Cost?

With BKFC’s KnuckleMania available on both PPV and FITE.TV, fans have a couple of different options to watch. The entire event is socially distanced, meaning limited fans will be in attendance. For those watching from home, though, the price of the event starts at $55 — which includes pre-fight analysis, the three scheduled fights and post-event reactions.

So before diving into the main event at the Bare Knuckle Fighting Championship (BKFC) KnuckleMania, make sure to tune into the prelims for FREE on YouTube. Whether you’re a fan of bare knuckle fighting, combat sports or just a diehard sports fan, these fights are sure to excite.