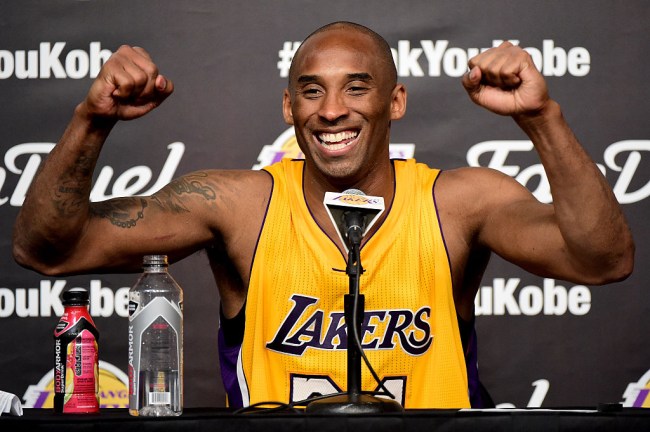 There are three rules in life that are mantra: 1. The Golden Rule; 2. Always bet on yourself; 3. Shoot your shot.

Clearly Kobe Bryant knows when to shoot his shot. On the basketball court and in his post-NBA career as an investor.

Earlier this week, Coca-Cola announced that it purchased a stake in BodyArmor, the fruit juice-based sports drink that boasts superior nutrition and hydration. It’s Coca-Cola’s attempt to play in the same sandbox as Gatorade, which has an estimated 75% market share of the $8 billion U.S. sports beverage market, according to CNN. Gatorade is also owned by PepsiCo, so clearly Coca-Cola is ready to double down on wherever they can to gain ground in a growing sports drink market.

For Coca-Cola, that means it’s time to diversify from Powerade (…which does an annual $1 billion in sales) and get their electrolytes the all-natural way from BodyArmor, which estimates it will do over $400 million in revenue this year, according to MediaPost.

Which brings us to the fourth biggest investor in the brand: Kobe Bryant.

According to ESPN, Bryant bought roughly 10 percent of the company in March 2014 for about $6 million, over time.

According to ESPN, BodyArmor’s new valuation with the Coca-Cola deal mean’s Kobe’s stake is worth big, big bucks: Approximately $200 million, over 30 times his initial investment.

It also makes Kobe the fourth biggest investor in the brand. Clearly he believed in the vision:

Bryant is now the fourth largest investor in the brand, marketed as a healthier competitor to Gatorade, behind the brand’s co-founder Mike Repole, Coca-Cola and Keurig Dr Pepper. When he invested in BodyArmor, the brand had just come off a year of $10 million in sales. BodyArmor is projected to top $400 million in sales in 2018.

Bryant earned $328 million from his contract with the Lakers over the course of his 20-year NBA career.

Crazy that his bet on BodyArmor has now earned him a little shy of two-thirds of what he earned in the NBA. What a wild ride for the Black Mamba.